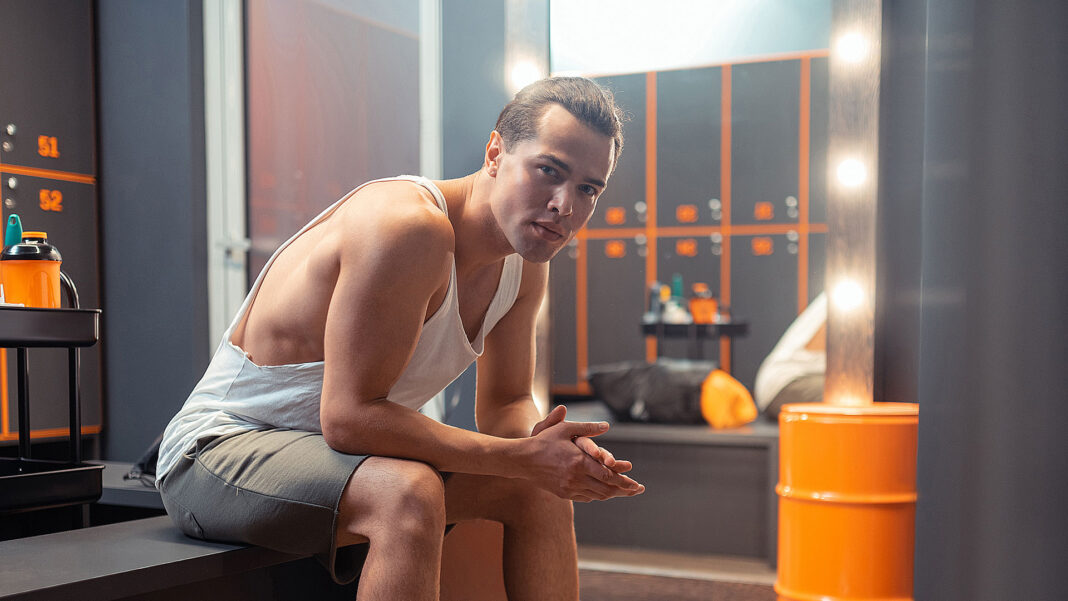 A Darlinghurst gym goer is today being accused of lingering unnecessarily around the men’s change room at his local gym.

DBT carried out a covert investigation into Julian Lee’s activities after a tip off from another gym member.

Our undercover reporter monitored Lee’s activities at the gym over a 7 day period to find he spent more time in the change room watching other men, than actually working out.

“He’s very active around the shower and steam room area,” says one witness. “He was hovering around a lot, hoping to get a glimpse of someone naked.”

“When he had a shower himself, he’d leave his door slightly open so he could peer out with one ball.”

The week-long investigation revealed Mr Lee spent a total of 3 hours and 44 minutes in the change room, compared to just 1 hour and 15 minutes in the actual gym doing exercise.

DBT reporters also regularly saw him sitting in the change room pretending to be on his phone, when in fact, his eyes were darting around the room at pace looking for flesh.

“Another trick he employed was pretending to look at himself in the mirror, when he was actually looking in the reflection at everyone getting changed behind him,” says our reporter.

DBT contacted gym management to notify them of our findings, but they said no action could be taken as technically he was doing nothing wrong.