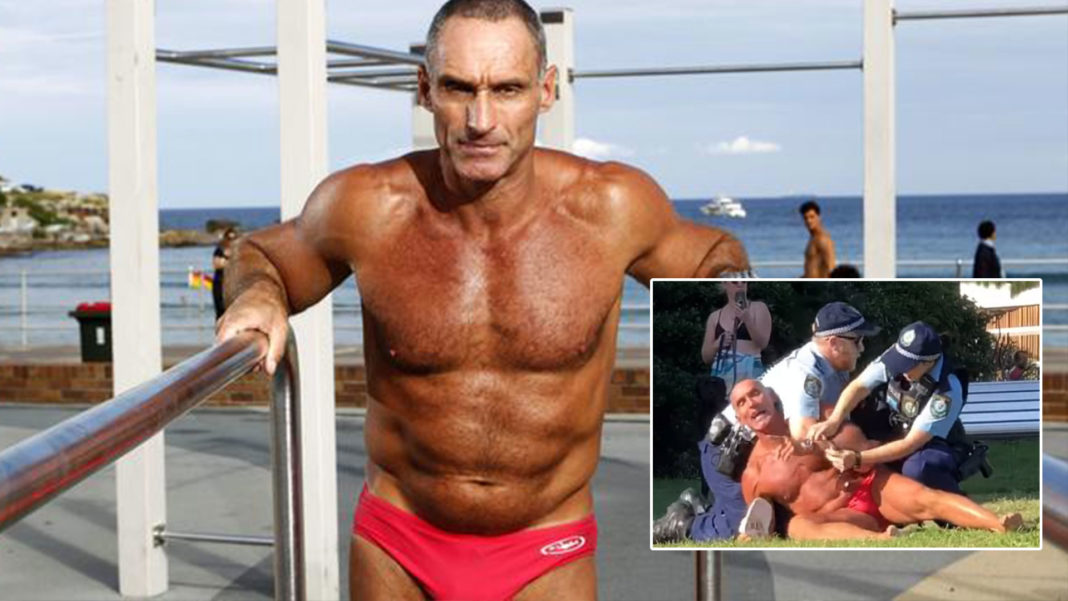 Two police officers have staged a dramatic arrest of a man for wearing red budgie smugglers at Bondi.

“It wasn’t even that hot,” says one of the arresting officers Simon Greenhill. “This kind of behaviour is completely unacceptable.”

“We’ve actually been watching this man for years,” says officer Greenhill. “He’s 54 now, he should have quit wearing budgie smugglers many years ago.”

Dimitri Moskovich initially resisted the arrest shouting: “Fuck off you dirty pigs, I can wear whatever I want.”

But eventually he was led away in handcuffs and taken to Waverley Police station where he was fined $1000.