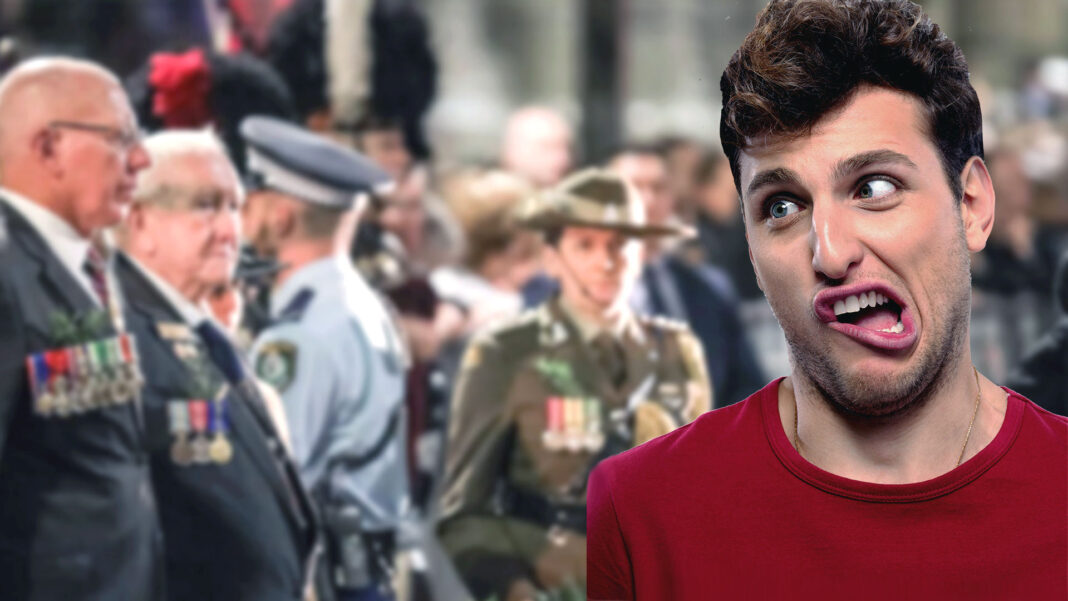 LONG WEEKEND: A Sydney man has raised eyebrows at the Anzac Day Dawn Service at Martin Place this morning, due to his extreme and rapid mouth movements.

Jason Gurner denies claims he came straight from Ivy nightclub around the corner, but he does admit to having zero sleep last night.

“I was really excited to come and pay my respects to service men and women, both past and present,” he told DBT.

Witnesses told DBT that he was acting respectfully during the service.

“But he was gurning heavily,” said one onlooker. “His mouth was all over the shop.”

It’s understood Jason Gurner is now at the Watsons Bay Hotel waiting for everyone else to wake up and come play two up and get even more munted.