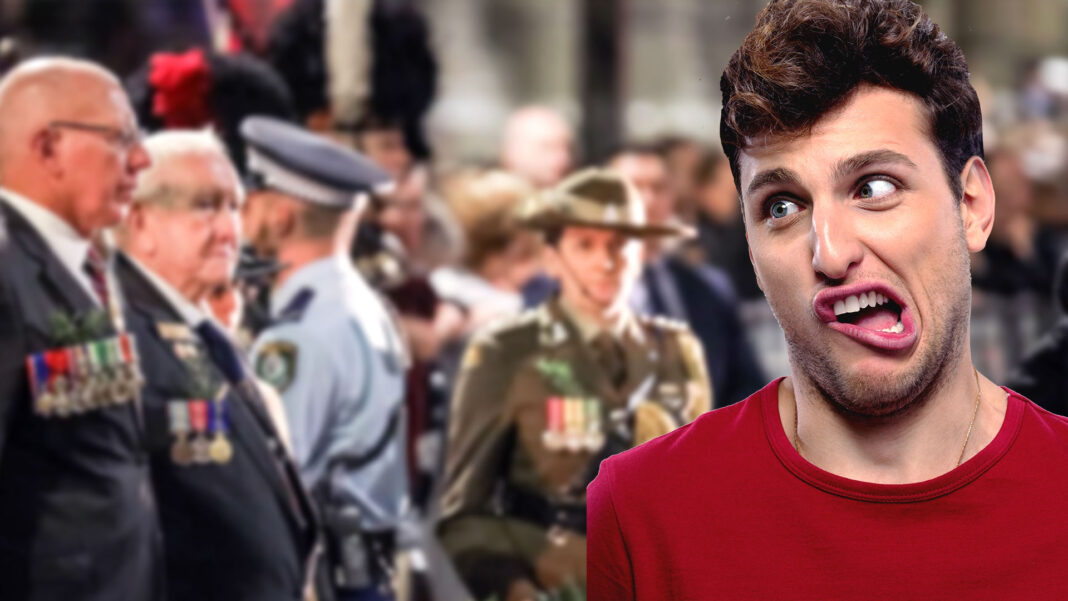 A Sydney man was attracting unwanted attention at the Dawn Service at Martin Place this morning, thanks to his overly enthusiastic demeanour and extreme mouth movements.

He denies claims he came to the service straight from Home Nightclub, but he does admit to having no sleep last night.

“I was just really excited to come and pay my respects to service men and women, both past and present,” he says.

“And it’s easy to get up at 4am for the service if you just don’t go to bed.”

During the service, the 31 year old was regularly saying “lest we forget,” even though he’s already admitted that he forgot where he parked his car.

“I fucking love you guys,” he was overheard saying to several diggers who seemed to reluctantly accept his praise.

It’s understood Peter Politis is now at the Watsons Bay Hotel waiting for everyone else to wake up and come play two up and get even more munted.