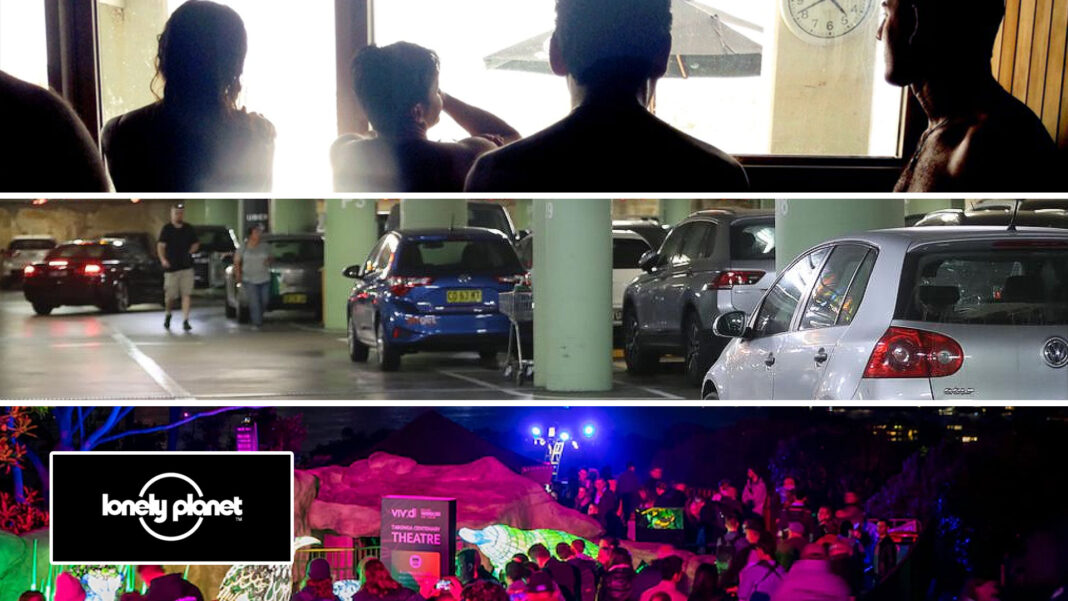 PLACES TO AVOID: Travel guide publisher Lonely Planet has released its much anticipated ‘3 Worst Places In Sydney, 2022,’ with Bondi Icebergs sauna taking out the top spot.

“It’s not a very relaxing sauna,” says Lonely Planet. “Old sweaty men get angry whenever someone opens or closes the door.

“Plus, it absolutely stinks in there.”

“You can spend hours in that car park, and that’s just trying to get out,” says Lonely Planet.

Those are sentiments echoed by angry motorists; “I never even wanted to go there in the first place,” says one man.

And, in third place is Vivid, which recently took place in Sydney city.

“Just like Westfield Bondi Junction, a lot of people only go to Vivid because they’re forced to by family or friends,” says Lonely Planet.

“Queuing up just to look at colourful lights in the freezing cold isn’t everyone’s idea of fun.”