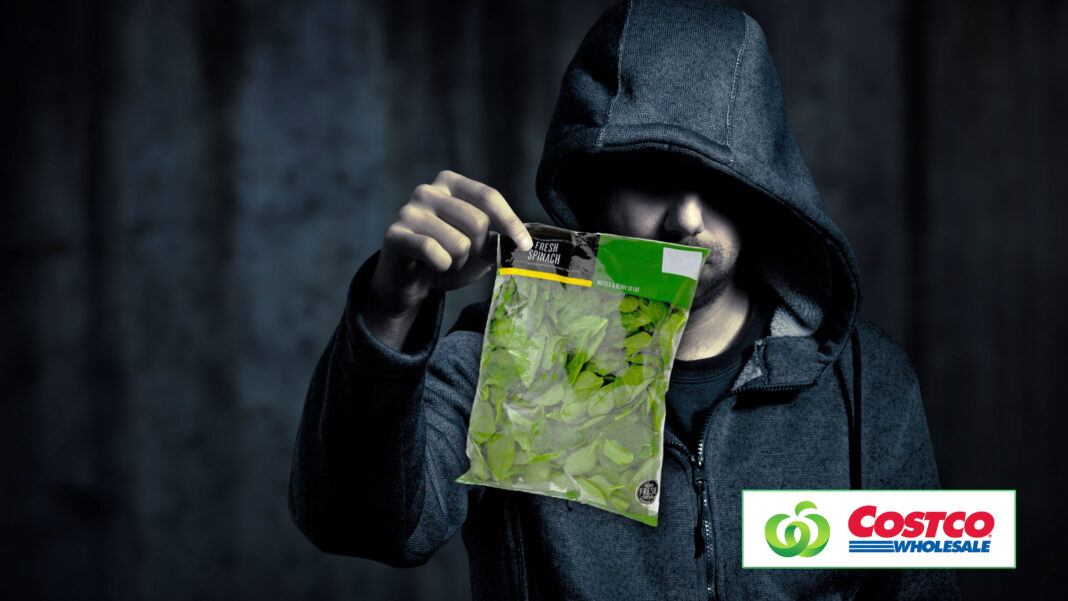 EAT YOUR GREENS: A Sydney mushroom dealer has moved into the lucrative new black market for Woolworths and Costco spinach.

“The mark up on this stuff is incredible at the moment,” Ben Tilbury told DBT. “I know a few other dealers who are now also looking to focus on spinach now.”

The new underground market comes as a batch of toxic spinach has so far caused almost 50 consumers to have serious hallucinations, delirium, blurred vision, dilated pupils.

“Get in quick,” says Ben Tilbury. “I’ve got the hardcore hallucinogenic shit. You only need to eat two or three leaves and you’ll be tripping balls.”

Tilbury says he currently has more than 300 bags of Woolworths and Costco spinach worth an estimated street value of $2500.

“I’m holding it in an inner city abandoned warehouse, so clients can come here, but I’m also open to doing delivery,” he says.