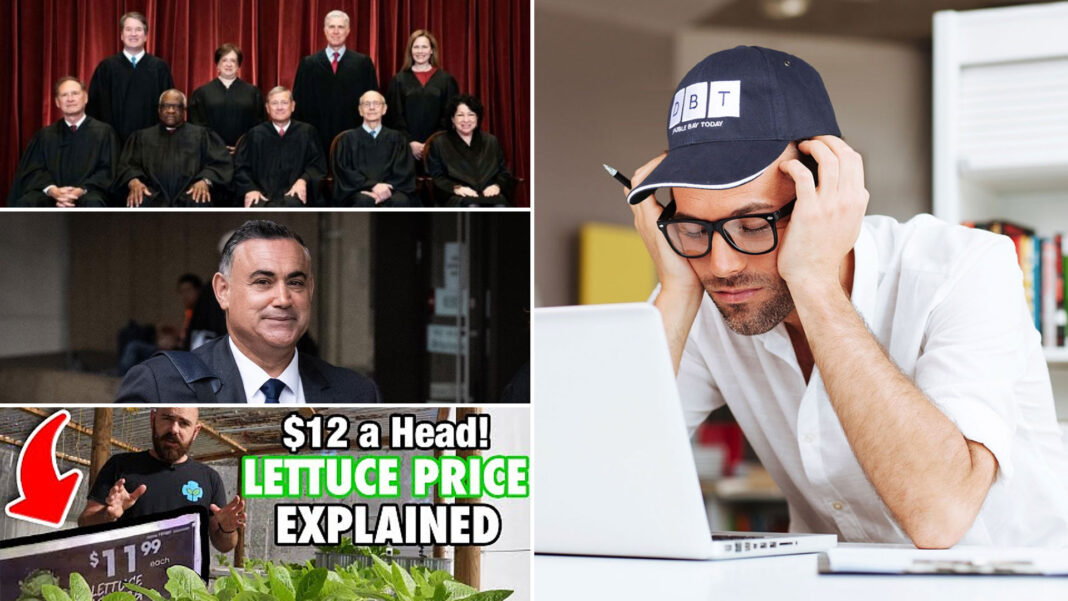 TRUTH IS STRANGER THAN FICTION: A DBT writer is calling it quits today, after repeatedly noticing that his satirical stories are not as bizarre or absurd as events in real life.

“When abortion is being made illegal in parts of one of the most developed countries in the world, you know there’s a big problem,” says Tim Gallagher.

“And the pandemic was literally one joke after another,” he says. “I can’t compete.”

The 34 year old says he’s continually tried to write satire headlines to help people get through the difficult times, but he’s been consistently gazumped by actual news headlines.

“It’s incredibly disheartening when you think you’ve come up with a cracking joke, and then you see it the next day as front page news.”

After writing satire for 15 years, Tim Gallagher has given his two weeks notice to DBT management.

“My plan is to get a real journalism job at the Sydney Morning Herald or similar. I’ll still be writing the same kind of stuff, just for a different publication.”