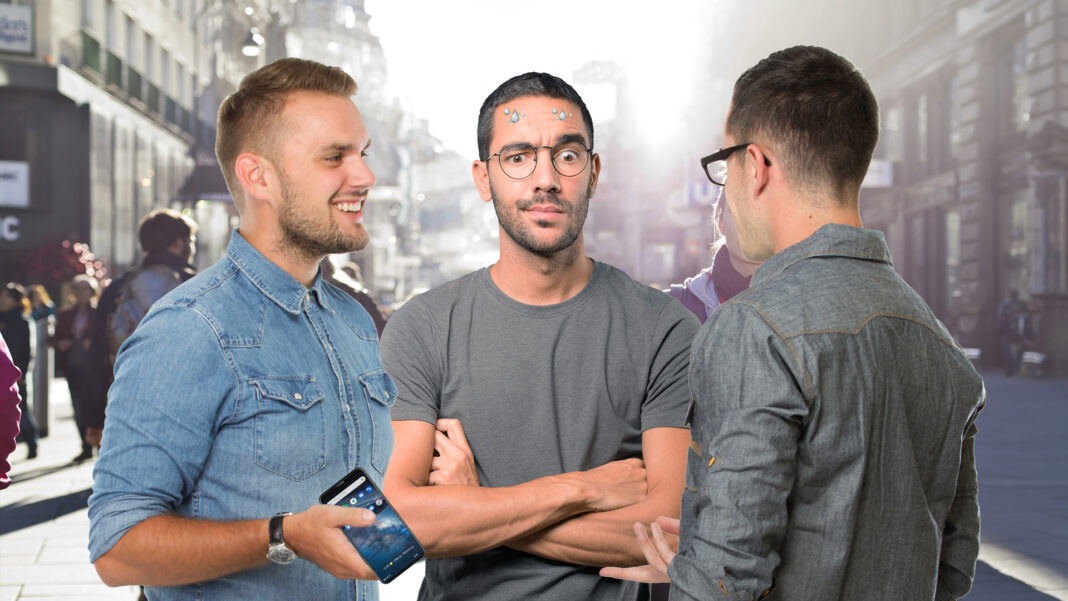 A wave of anxiety swept over a Sydney man at the weekend after hearing his best mates talk about a WhatsApp group which he isn’t in.

“How long has this group been going for?” Mark Tanner asked his friends, as sweat drops began to appear on his forehead. “And, who is the group admin?”

His friends appeared to dismiss the questions as unimportant or not relevant, but it’s understood Mark Tanner has been dwelling on the issue for the last two days straight.

“My world has come crashing down to be honest,” says Tanner. “I think I know who started the group and I’m thinking of calling him out for not including me.”

The 31 year old Redfern man says he’s been doing some investigative work to find out exactly who is in the group.

“I’ve been trying to act like I don’t care about it too much about it, but privately I’m a mess,” he admitted to DBT. “I haven’t been sleeping well.”

Tanner says his feelings of insecurity were compounded after one of his friends told him that he’s ‘in so many group chats that he can’t keep up.’

“The only groups I’m in is my family group chat and another one set up by a colleague to get my boss a Christmas gift,” says Tanner. “It’s going to be a very lonely New Year’s Eve.”

Entrepreneur, Disrupter, Enabler, Mentor, Unsure About What To Lead With On His LinkedIn Bio