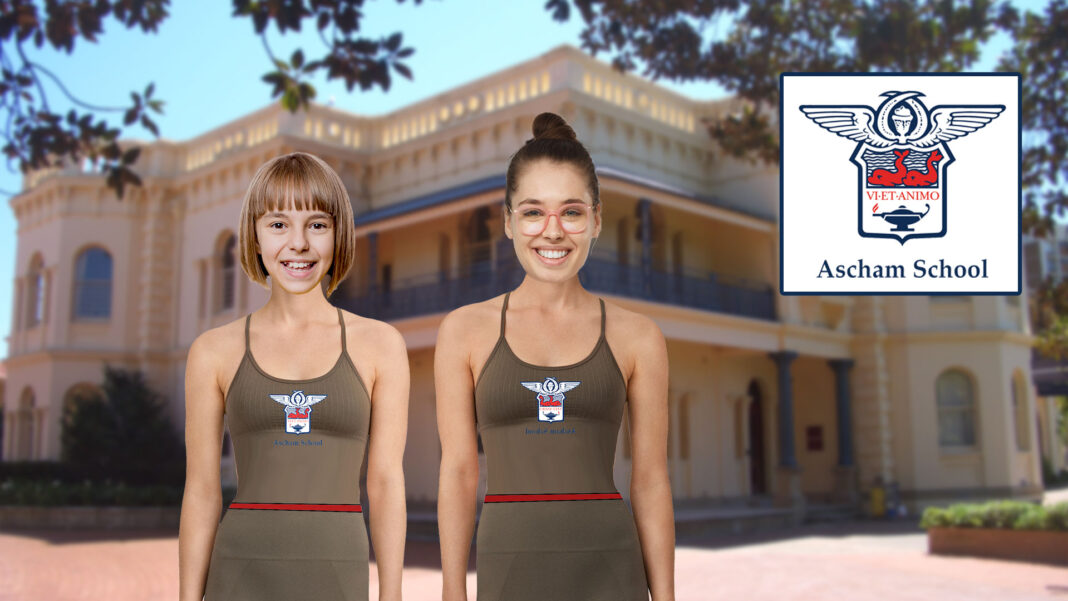 A private girls school in Sydney’s east is replacing its traditional school uniform with activewear.

“We are just trying to move with the times,” says the principal of Ascham school, Dana Henry.

“Activewear is so just popular these days, especially during Covid, when more people were working from home.”

From next month, students will be required to wear new figure hugging uniforms, consisting of a two piece kahki outfit with a red horizontal stripe across the midriff.

“It’s stylish and practical,” says Dana Henry. “Students will no longer need to change out of their uniforms for physical education classes.”

“They can literally just run straight out of the classroom and onto the sports field.”

“It’s going to be nice to go up to Westfield Bondi Junction in our activewear after school,” says year 11 student Maddie Wright, pictured on the right.

“The new uniforms are pretty close to the kind of stuff I wear on the weekend.”

It remains unclear if any other schools will follow suit.

#BREAKING: Nobody Under 65 y.o Gives A Fuck About The Royal Family, Or Harry & Meghan