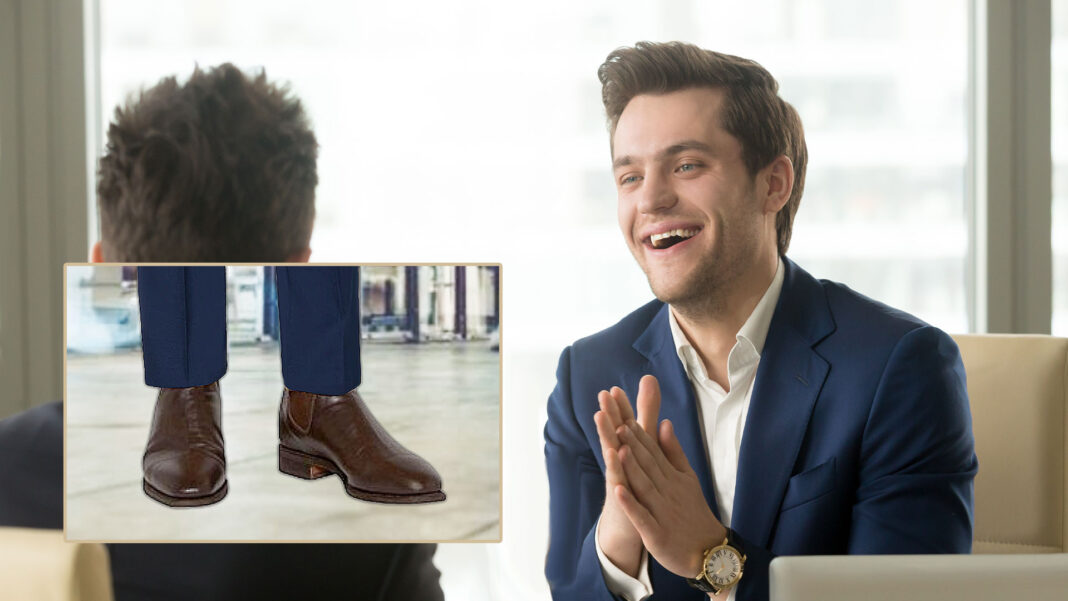 CASH GRAB: Julian Houghton spends his time meeting with institutional and private investors from the top end of town.

He spruiks the performance of his funds, moving between city skyscrapers while proudly wearing a pair of boots designed for the farm.

“Since I started wearing my R.M. Williams last month, the amount of capital I’ve pulled in has almost doubled,” he says. “It’s all about being relatable.”

“I’m getting excellent traction now with guys who went to schools like Cranbrook, Knox and Scots,” he says.

“Wearing my R.M’s suggests I own rural property, went to boarding school, or that I just love Rugby.”

“High net worth investors see those things as a big plus when deciding where to park their money.”

Despite telling investors he went to a posh private school in London, DBT can reveal Julian Houghton actually went to Randwick High, and played soccer.

“Obviously I would never tell anyone that,” he admits.

“If investors found out my dad still works down at the wharf at Port Botany, they’d probably kick me out of their office.”