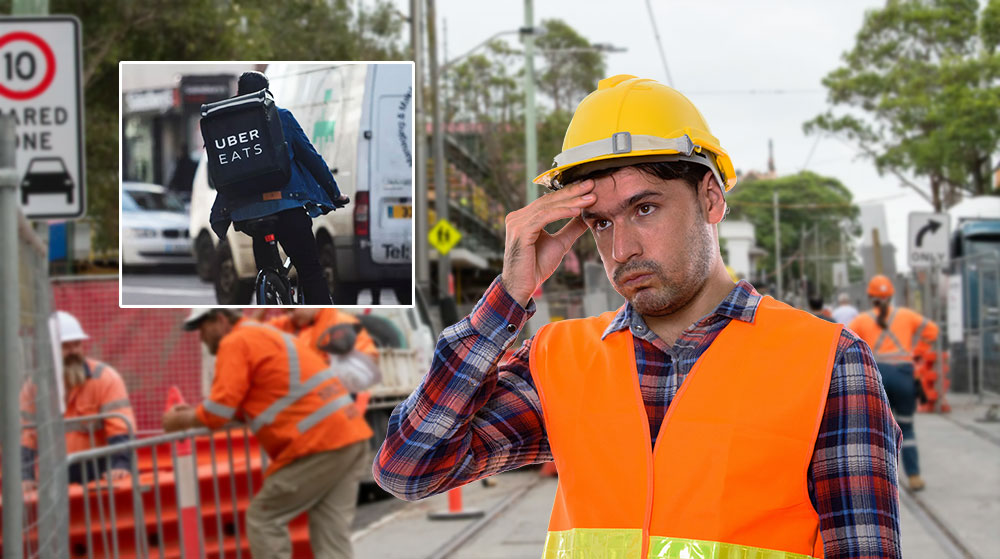 A contractor working on Sydney’s light rail project has lashed out at Uber Eats today over lengthy delays in delivering his lunch.

Ravi Rocco says he ordered food for four people at the work site at 12.20pm.

The delays have meant the workers have had to extend their lunch break well beyond the allocated 1-hour.

“We could be waiting all day, who knows?” says a visibly frustrated Ravi Rocco. “Why the fuck is it so hard to get anything done in this state.”

It’s understood the food eventually arrived at 12.52pm, and the contractors eventually got back to work at 2:02pm.

“It’s delays like this which have set back this entire project,” says NSW Transport Minister Andrew Constance. “Food delivery services really do need to lift their game.”

Mr Constance says the light rail project is now unlikely to be opened until May 2020, 14 months later than the state government had originally promised.