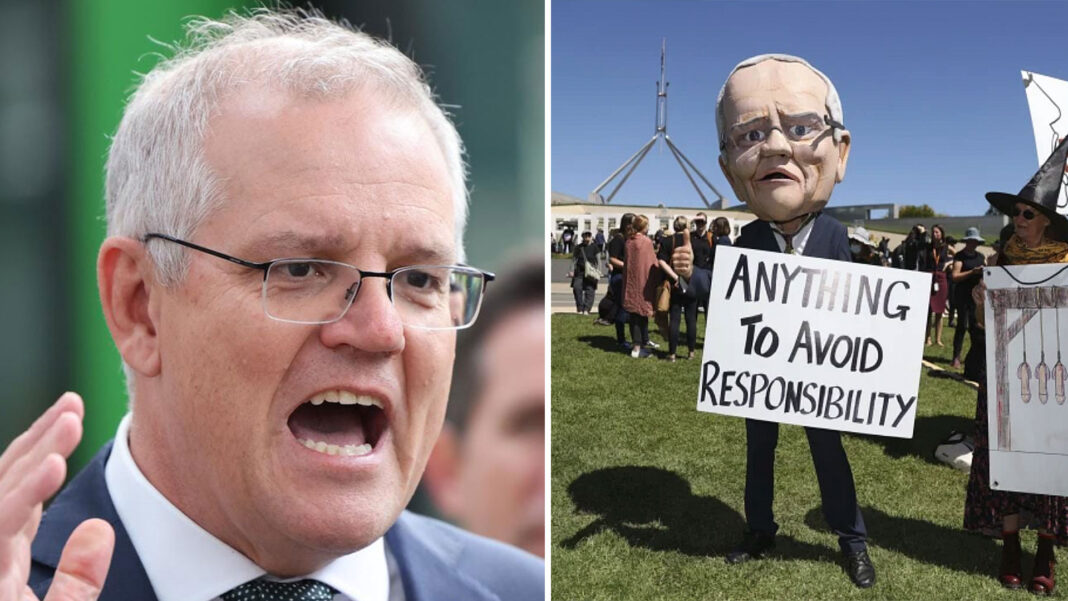 BLAME GAME: One day after revelations that 1 in 3 parliamentary staff are sexually harassed, and 50% bullied, the PM has announced an inquiry into the toxic impacts of social media.

“I’ve heard of some disgusting behaviour happening on Facebook at the moment,” says Scott Morrison, even though his own corridors of power play host to horrific bullying and actual rape.

The findings of the review into federal parliament workplace culture were released yesterday, but today the PM is conveniently turning his attention to social media trolls.

“The tech giants must be held to account,” says the PM, even though he showed next to  no accountability over allegations of rape made by parliamentary staffer Brittany Higgins.

“I can’t believe Mark Zuckerberg is just letting all of this trolling happen on his platform. Yesterday someone on Facebook poked me. It’s just disgusting.”

“First let’s deal with online trolling, and once we’ve got that sorted out, then we’ll look into what’s happening in parliament.”