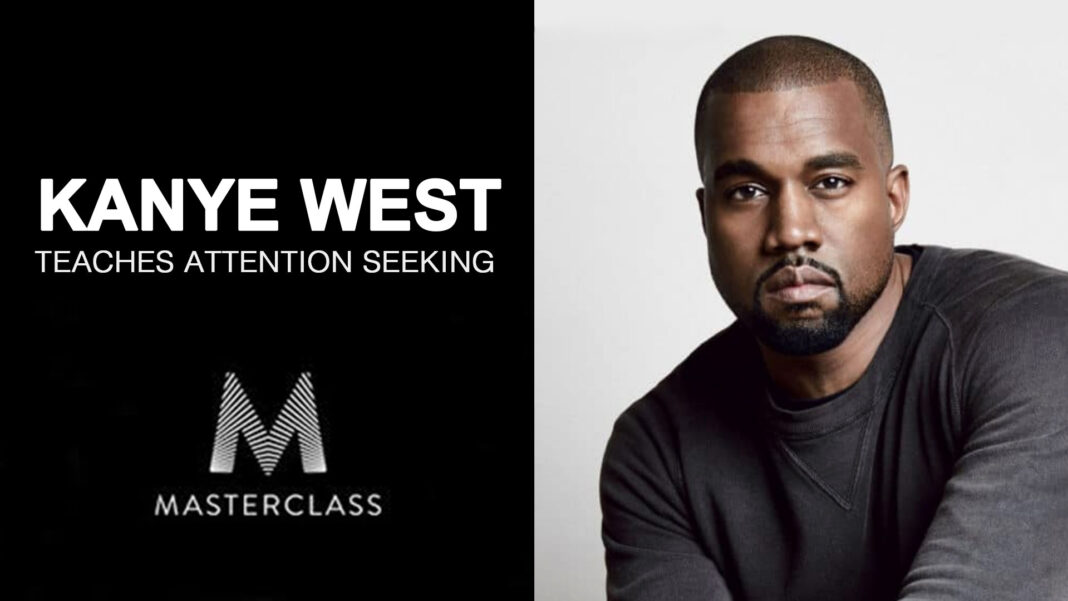 Rap legend Kanye West has released a new MasterClass on how to seek attention.

In his 15 minute video tutorial, West shares his insights on how to get in the news headlines and stay there.

“Definitely consider running for US President,” he says. “Even if you have zero political interest or experience.”

“It worked beautifully for Donald Trump. And so far it’s working for me too.”

In his MasterClass, Kanye West says every aspect of life needs to be geared toward seeking attention, including who you choose to marry.

“Try to marry someone like Kim Kardashian – who shares your attention seeking ambitions – even without adding anything meaningful to society.”

MasterClass is a platform where masters of their craft give lessons via video.

“I’m the master of attention seeking,” claims West. “Another great strategy is crying in public.”

“If you haven’t dealt with your emotional issues in private, doing in public, and preferably on television is the perfect place to do it.”