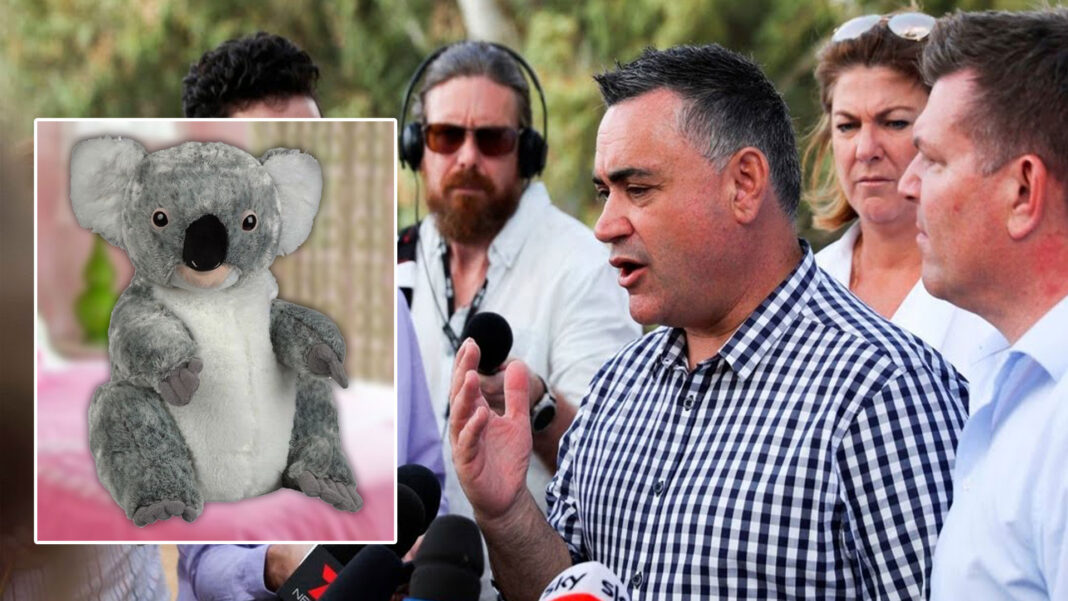 After a week he’d rather forget, the NSW Deputy Premier has once again found himself under fire.

“After what I’ve just been through this week, the last thing I want to see was a koala teddy bear,” he told journalists today. “I couldn’t stand the sight of it.”

It’s understood Barilaro lost his temper at home, confiscating the bear, and ordering his 6 year old daughter to “get a normal fucking teddy bear!”

“My daughter has accepted my sincere apology – and after a difficult night – my family and I are now back in a good place,” says Barilaro.

But it remains unclear if his daughter has the bear back in her possession, amid rumours her father destroyed it.

“That’s an issue for my family and I,” he says.