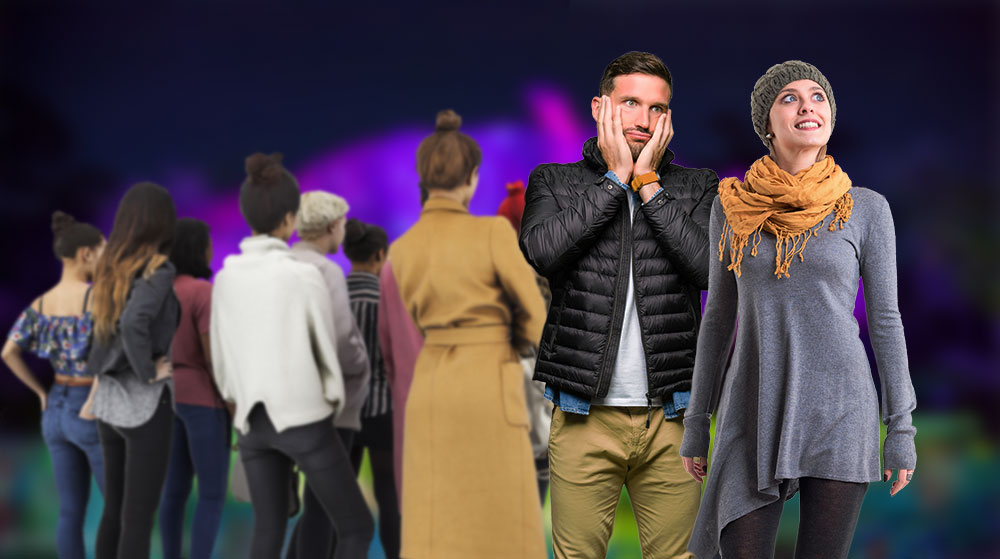 “This is bullshit,” he said. “Colourful lights just don’t do it for me.”

A disgruntled Sydney man has lashed out at his girlfriend at Vivid Sydney last night.

Thirty-one year old Tom Phipps was forced by his girlfriend Elysse to wait up to 30 minutes to see various light displays.

“Why is this happening?” he said. “It’s cold. I have no interest in this rubbish.”

He was among thousands of people who descend on Circular Quay and surrounds each night for the 23 day festival.

Phipps told Double Bay Today he tried every tactic to get out of going to Vivid after hating it last year.

“But in the end I had no choice,” he says. “Elysse loves it. She needs to get a photo in front of every installation.”

But the night didn’t go as planned, as Phipps lost his cool after 1.5 hours.

“This is bullshit,” he told Elysse. “Colourful lights just don’t do it for me.”

Elysse posted several photos of the couple at Vivid to her Instagram, however Tom Phipps isn’t smiling in any of them.