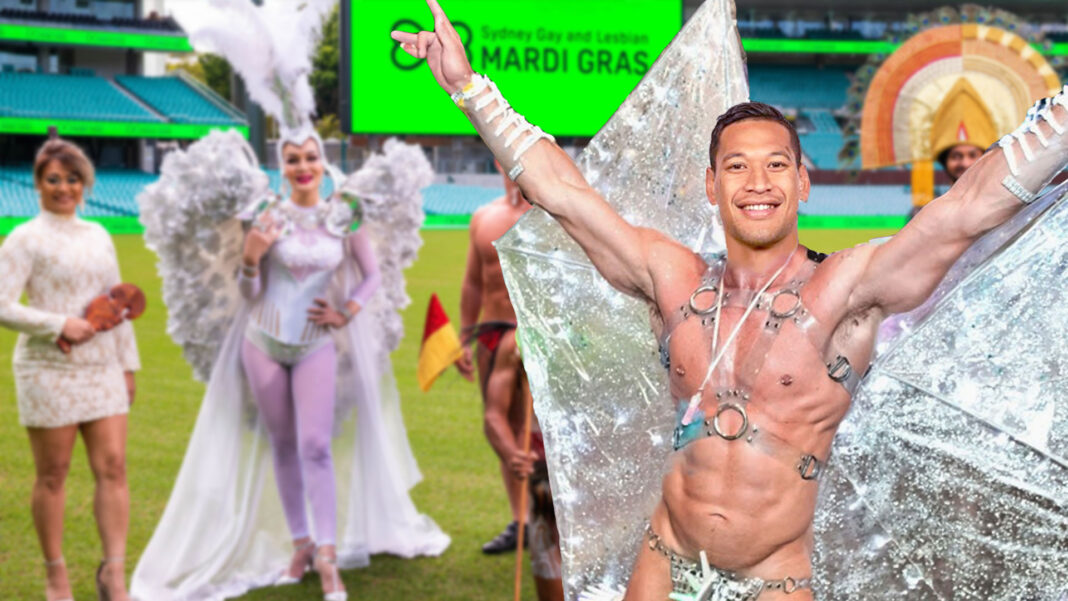 Controversial cross code footballer Israel Folau is tonight attempting to keep his hopes alive of returning to the NRL.

Dressed in a bondage inspired fairy wing costume, the 32 year old has made a shock appearance at tonight’s Mardi Gras parade at the SCG.

“I was actually one of the first people here,” Folau told DBT. “To be honest I’m having a mad time.”

Now he’s desperate to resurrect his career in the NRL, but knows he needs to win back support of Australia’s gay community.

“I’ve actually got nothing against gays,” says Folau who was photographed thrusting his muscular pelvis to some handbag house music.

“I always love it here at the SCG, whether playing football, or celebrating gay pride, I’m all for it.”

It remains unclear if Folau has taken any drugs tonight, but the footballer says he plans to keep partying well into tomorrow afternoon.

“I’m not sure where the after parties are at, but I’m just going to see where the night takes me.”