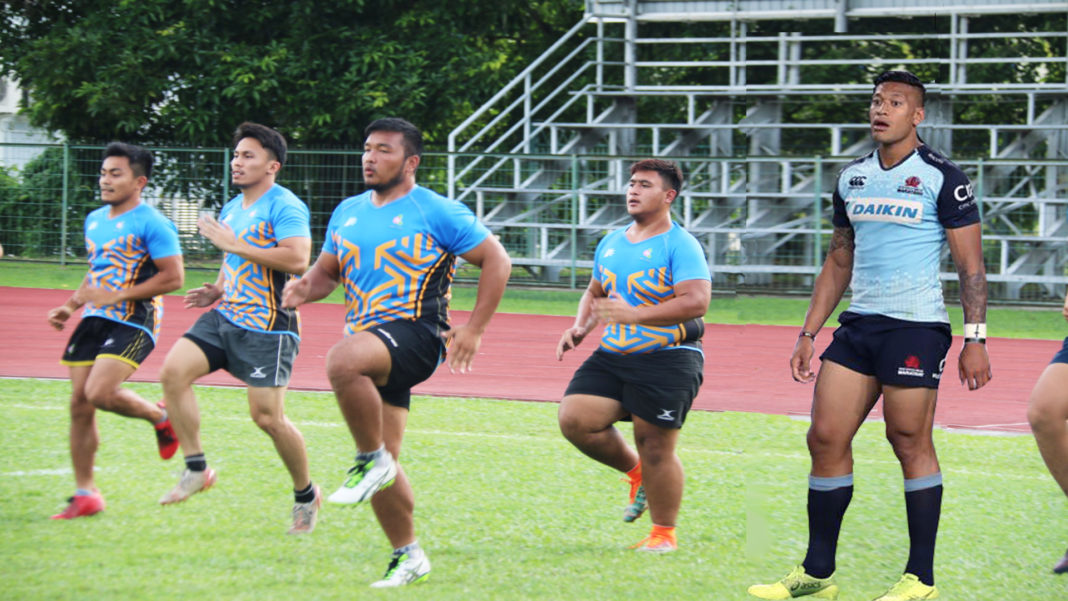 “We are excited to have Israel on board,” says the head couch of Brunei’s national Rugby coach Sol Fadhila. “He will be an absolute powerhouse of Asian rugby.”

Still wearing his Waratahs jersey, Falou was photographed in Brunei’s training camp ahead of the HSBC Singapore Rugby Sevens tournament which kicks off this weekend.

“As you can tell from the rest of our team, Brunei really does struggle on the world rugby stage,” says Sol Fadhila. “We desperately need some strength, speed and leadership on our team.”

The shock signing comes after Rugby Australia announced plans to terminate Israel Folau’s contract unless he can explain his latest social media attacks on homosexuals.

“Stuff that,” Folau told Double Bay Today. “Obviously playing for Brunei is a step down from playing for the Wallabies. But at least I can speak my mind here.”

Brunei recently announced a new law that will punish homosexual sex and adultery with death.