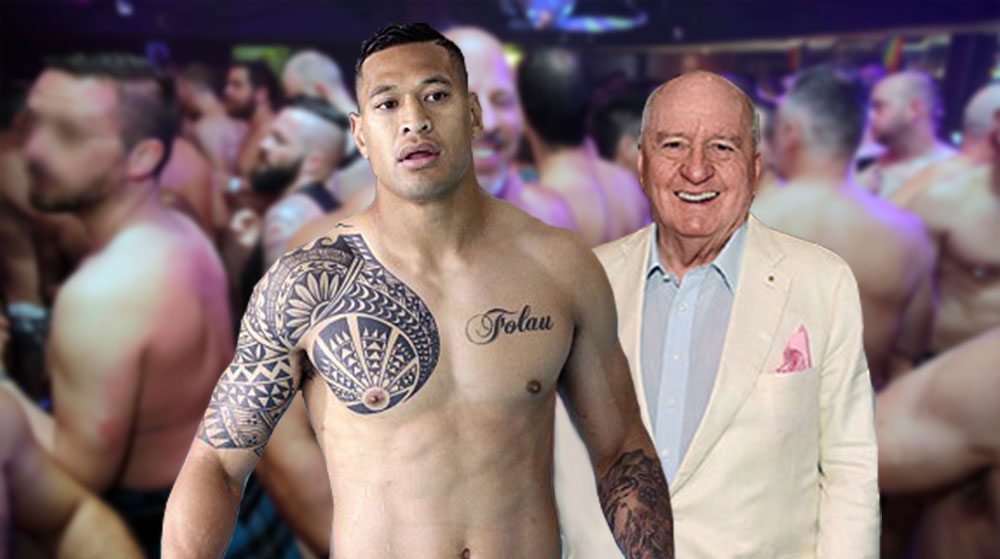 New questions are being raised about the curious alliance between rugby player Israel Folau and radio host Alan Jones.

The pair were seen partying together at a gay nightclub in the early hours of this morning.

“When I left Arq at 5am they were still there,” says one eyewitness. “Despite being openly anti-gay, Israel seemed to be having the time of his life.”

It’s been a tumultuous few weeks for Israel Folau, after the controversial rugby star ‘s homophobic, and much publicised, Instagram post.

It led to Rugby Australia scrapping his $4 million contract on Friday.

But he’s received ongoing support from an unlikely source; outspoken radio host Alan Jones, who released a brief statement a short time ago.

It read: “I took Israel out last night to help him forget about the controversy that has followed him recently. He’s a good kid and we have become very close.”