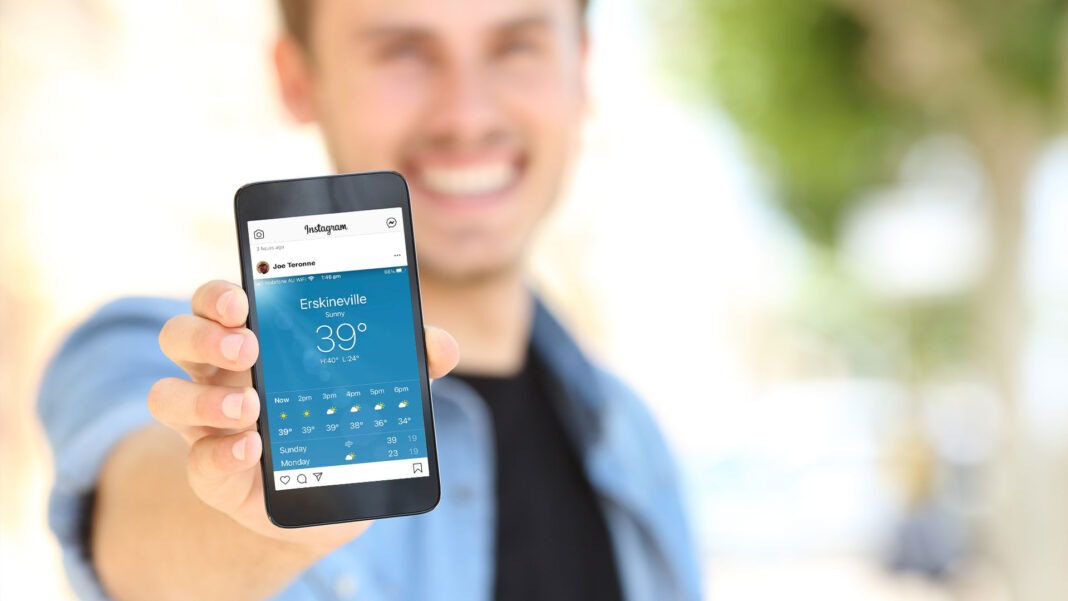 The 26 year old has taken the ingenious step of sharing a weather app screen shot to Instagram.

“I just thought it would be a useful thing to share,” says the Erskenville man. “I don’t think I’ve ever seen anyone else do that before.”

“It’s good to know someone is across the weather forecast for today,” says one of his followers.

“His post was really handy as some of us don’t know how to use weather apps yet.”

Alongside Joe’s screenshot was the quirky caption:

“Great day for the beach if you’re in Sydney.”

“I don’t have anyone to go to with,” he laughs. “But I’m trying to seem active and social.”