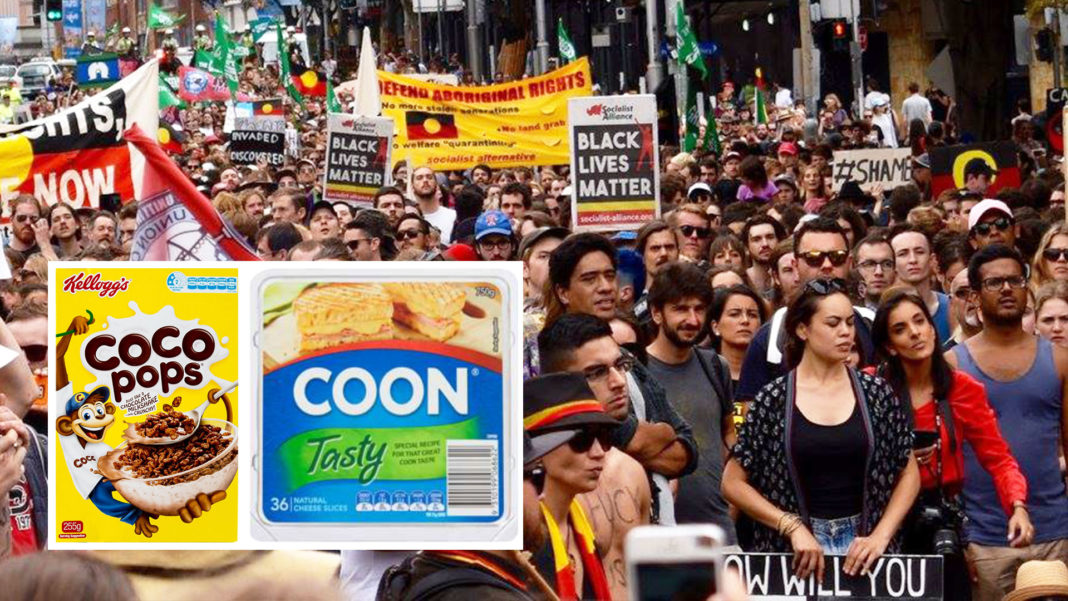 A new report shows Indigenous Australians are completely ambivalent about the brand names of grocery items.

The report, by consumer group Choice, shows 99.6% of Indigenous Australians surveyed ‘strongly don’t care’ about the names of supermarket items.

It follows calls by an attention seeking white comedian to re-name Coon Cheese because the word ‘Coon’ has a history of being used as a racist slur against people with dark skin.

“Coon cheese has nothing to do with dark skin,” says Lyle Marlee. “It’s named after a white bloke with the surname Coon.”

There were also claims this week that the branding of popular cereal Coco Pops is racist because it uses a brown monkey as its mascot.

“Seriously people must have too much time on their hands,” says Lyle Marlee. “I love the Coco Pops monkey, ‘Just like a chocolate milkshake, only crunchy.”

Meanwhile, Indigenous professional boxer and former rugby league footballer Anthony told DBT he has no plans to change his nickname from ‘Choc.’