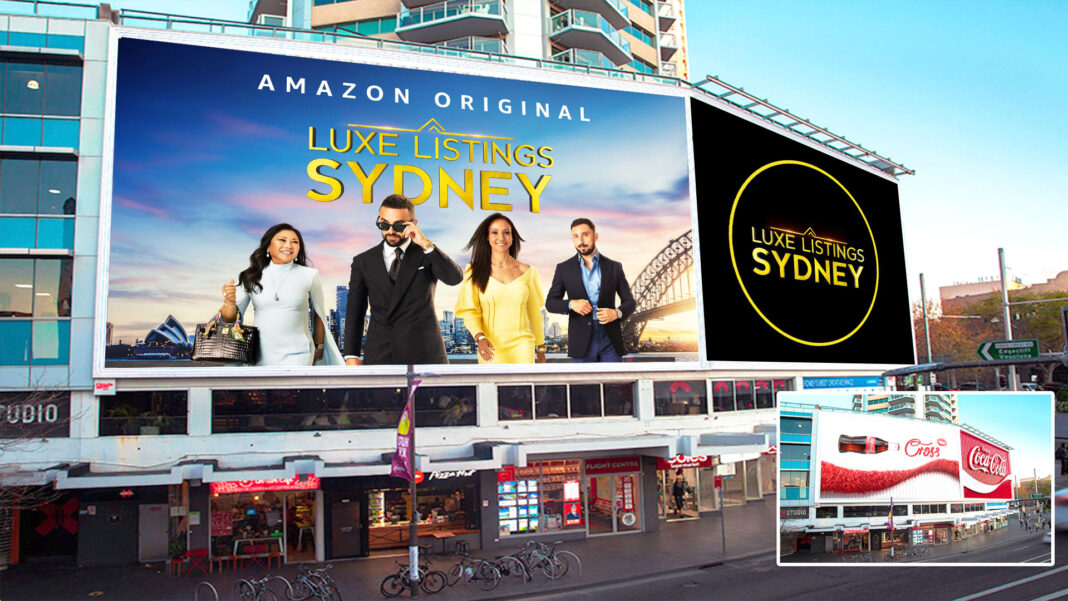 MAXIMUM EXPOSURE: One of Sydney’s most iconic landmarks is set for a major overhaul.

The Coca-Cola sign, which has helped define Kings Cross for almost 50 years, is being replaced by a billboard for the hit real estate reality TV show Luxe Listings Sydney.

Some local heritage experts say removing the Coca-Cola sign is a mistake, however the new sign is set to be unveiled next week.

“We think it’s time for a change,” says a council spokesperson.

“To be honest, I never imagined that my face would end up on such a prominent billboard,” says Gavin Rubinstein. “But I think it’s definitely a step in the right direction.”

The show, now in its second season, delves deep into Sydney’s hyper-competitive real-estate market. A third season is scheduled to air in October.

And, given the international success of the show, producers of Luxe Listings Sydney say they’re now in negotiations to erect a similar billboard in New York’s Times Square.