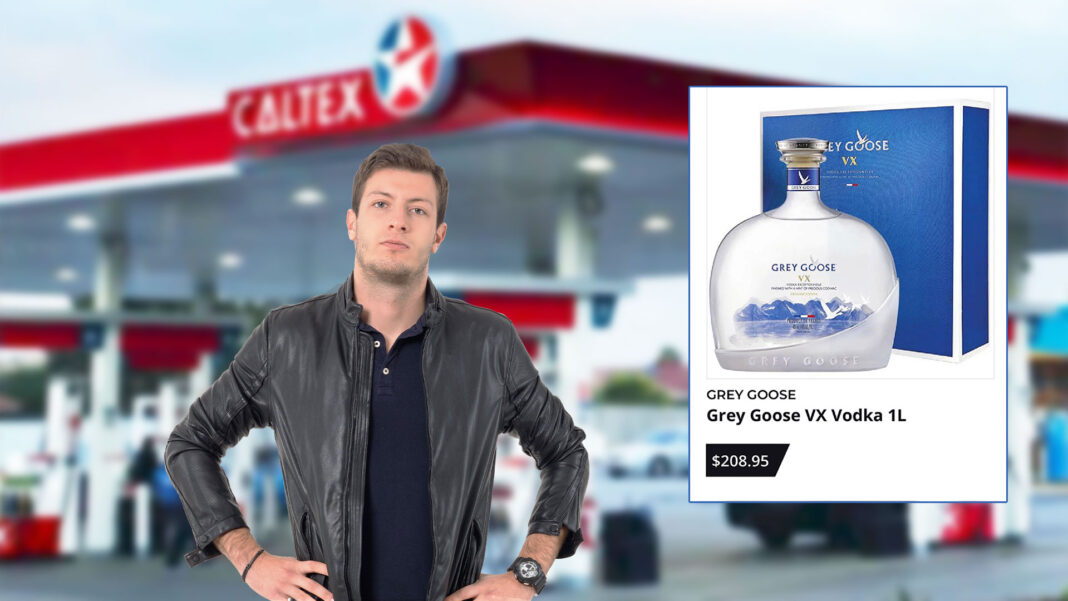 PAIN AT THE BOWSER: A Point Piper trust fund recipient is today taking aim at fuel wholesalers and retailers, accusing them of price gouging as tensions rise in Europe.

“How is a single litre of petrol worth $2!? asks Michael Holland. “Motorists are being fleeced.”

And analysts say petrol prices could go as high as $2.10 a litre next month as Russia’s invasion of Ukraine increases the price of oil.

“But I reckon the service stations are taking the piss,” the 31 year old told DBT.

His criticism comes despite admitting to regularly spending more than $200 on a litre of Vodka.

“I bought a bottle of Grey Goose last night, and only had about three shots of it because everyone else drunk it first,” he says.

“But that’s ok, at least drinking vodka is fun.”

He also says he’s still bitter about having to pay 15c for re-usable Coles bags, despite recently spending $5k on a Prada bag for his girlfriend.