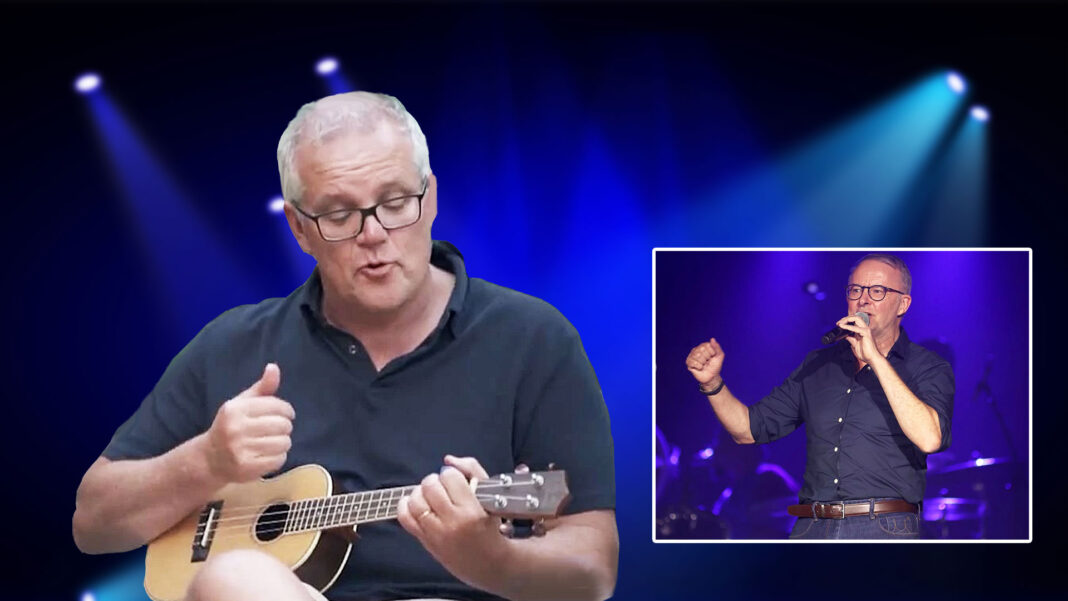 POLITICIAN FEST: The Prime Minister has attempted to one-up his rival by making an appearance on stage during the final night of the Byron Bay Bluesfest music festival.

“My Ukulele PR stunt seemed to work pretty well on 60 Minutes, so I thought I’d give it a go here at this music festival as well,” the PM told DBT before going on stage.

However Bluesfest fans were far from impressed.

“I came here to dance, listen to cool music and hang out with my friends,” said one man. “Not to listen to politicians spruik their bullshit ahead of an election.”

And just as the Opposition leader received a chorus of boos, so too did Scott Morrison, who was forced to wrap up his song after just three verses.

However the PM isn’t giving up just yet.

“Tomorrow I’m heading to Coachella to play my Ukulele there. Maybe U.S festival goers will be a bit more receptive.”