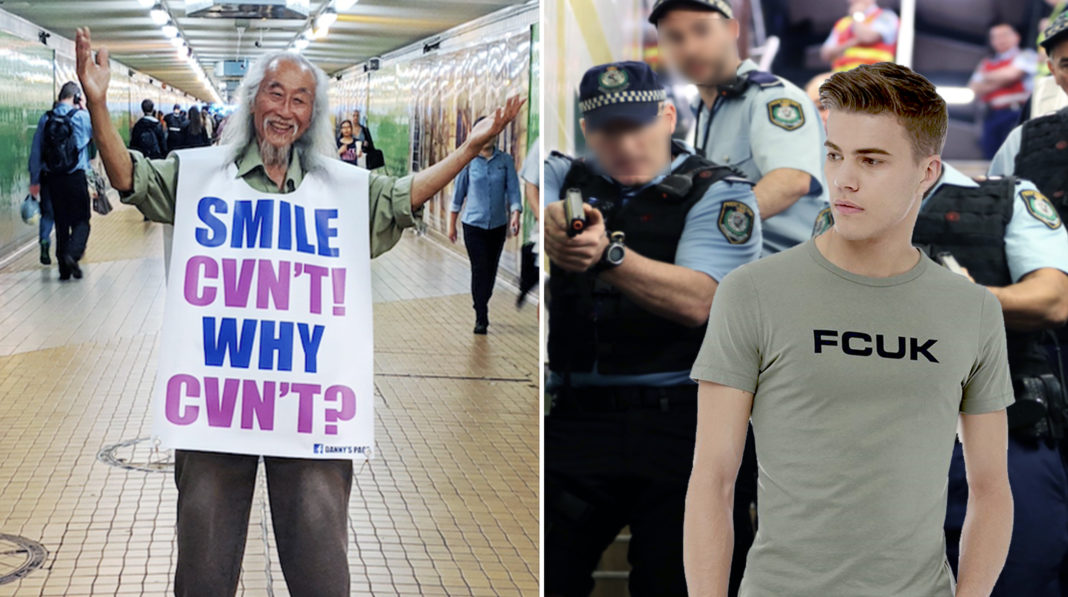 NSW Police have arrested a Sydney man after he was caught wearing a FCUK branded t-shirt.

“This type of offensive branding will not be tolerated,” says Inspector Peter Reeves. “We are relieved to have this offender off Sydney’s streets.”

The offender – 27 year old Byron Shine – was seized upon by gun-wielding officers as he wore the FCUK branded t-shirt at Circular Quay last night.

The part-time fashion model is currently being held in police custody.

“We urge everyone to dispose of their FCUK branded clothing immediately,” says Inspector Reeves. “The NSW government banned this brand from being worn late last year.”

It follows the arrest on Friday of a defenceless 74 year old man who was wearing a sign which read: ‘SMILE CVNT! WHY CVNT.’

The arrest of the iconic activist Danny Lim – who smiles 24/7 – is being branded as ‘disgusting’ after footage of police restraining him emerged online.

Thousands are expected gather in protest of the brutal arrest outside Sydney City Police Area Command at midday today.