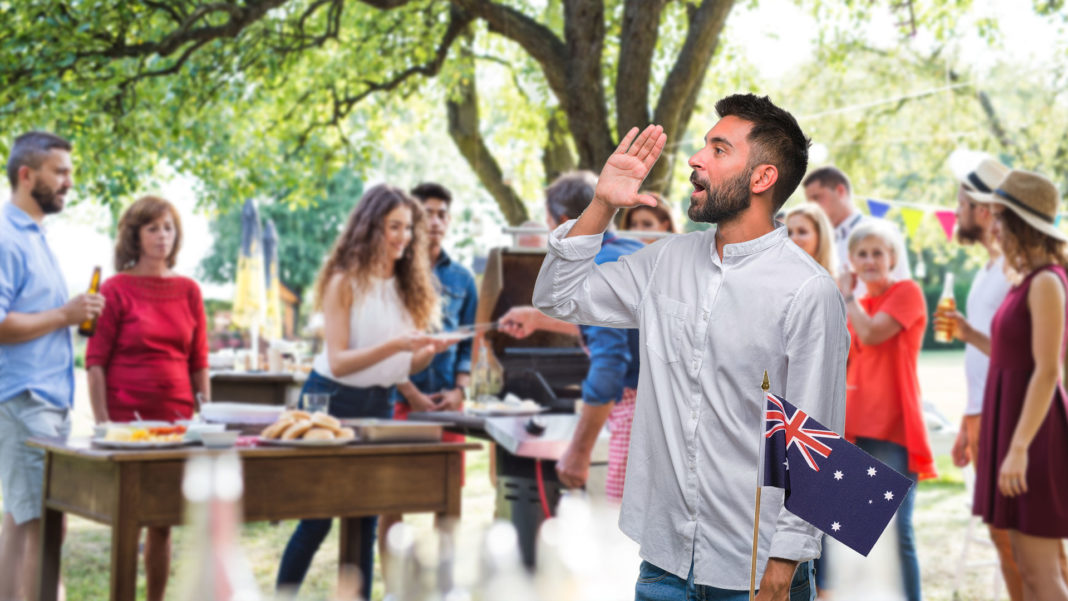 A Sydney man has been left red faced at an Australia Day BBQ today.

After struggling to manage any lasting conversation with other guests, Alex Giles decided to let loose, by randomly yelling out ‘Aussie Aussie Aussie…’

“I thought it might help me to feel a bit more involved,” he admitted. “It’s an easy way to attract attention to myself under the guise of Australia Day patriotism.”

The 35 year old attempted the iconic chant while holding a small plastic Australian flag, made in China.

But his efforts fell flat, with no body yelling back ‘oi oi oi,’ or even acknowledging his effort.

“It was pretty embarrassing for everyone to be honest,” one BBQ guest told DBT.