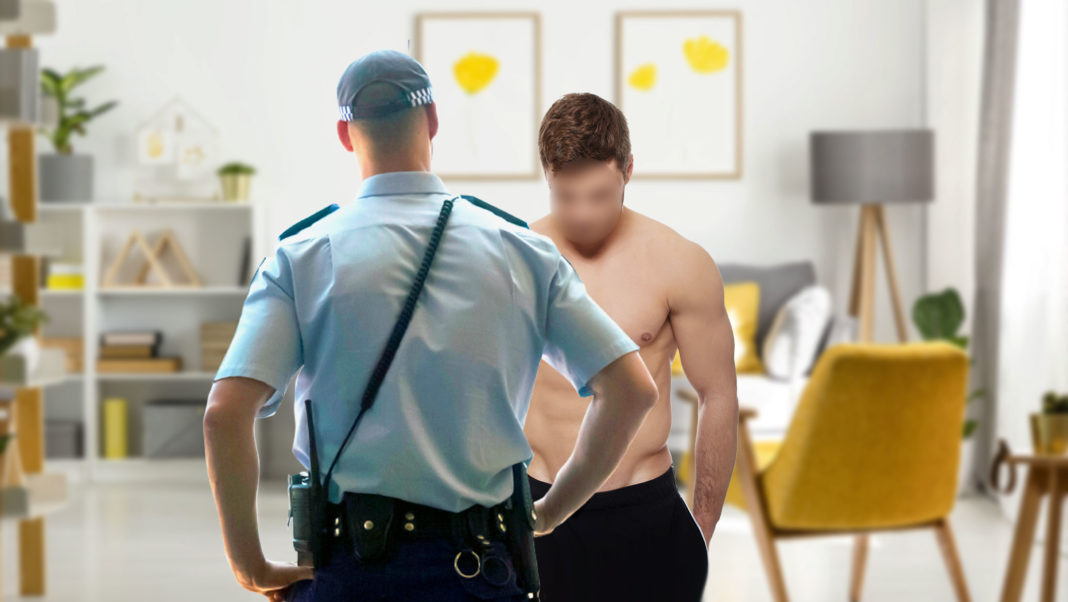 A high-ranking NSW Police officer has admitted to strip-searching his own son.

The senior constable was off duty at the time and can’t be named for legal reasons.

He says the search was initiated after his son came home smelling of marijuana.

“I placed my son under arrest and drove him to the local police station, where a full cavity search was conducted. I believe this was the appropriate course of action.”

It remains unclear if the senior constable conducted the search himself, however the son confirmed his father was “definitely in the room at the time.”

The son, who also remains unnamed for legal reasons, reported the strip-search to DBT and described the police action as “heavy handed.”

“They found nothing and let me go without charge,” says the 23 year old. “But I can’t believe my own father put me through that.”

The father told DBT that he’s now purchased a sniffer dog as a household pet.

“Our household will continue to have a zero tolerance approach toward drug use.” he says.