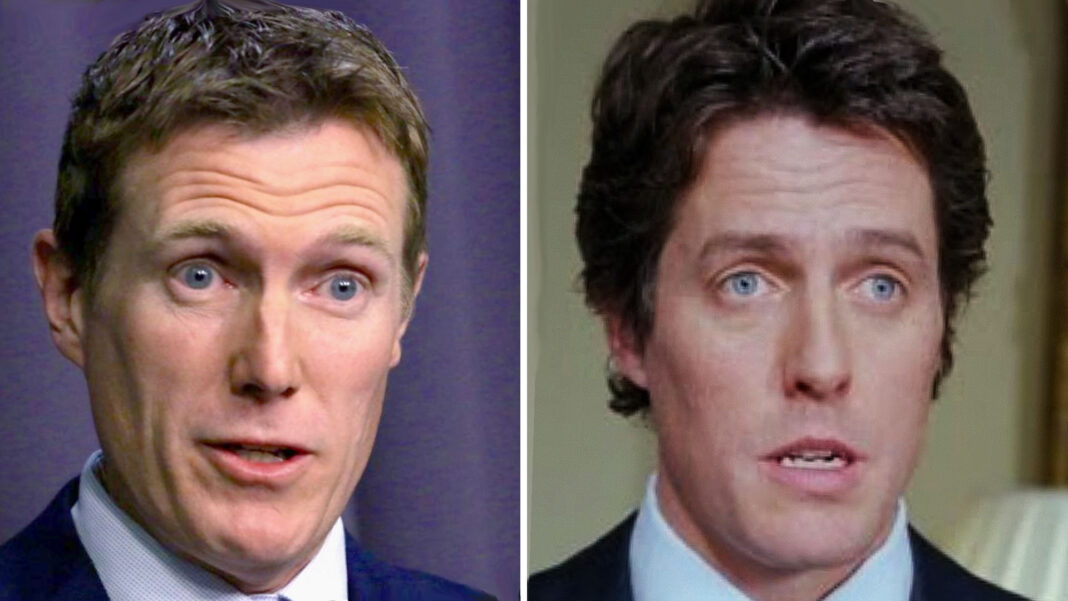 Attorney-General Christian Porter has made a brave new claim on what might have happened to the alleged rape victim on that fateful night in 1988.

“She might have me confused with Hugh Grant,” Christian Porter told a DBT journalist while on mental health leave.

“I’m sure it was dark when the alleged rape happened and surely you can see the resemblance between us.”

While both men have that unmistakable private school boy look, they’re also both known as ladies men.

“Don’t get me wrong, I’m a huge fan of Hugh Grant, I loved him in Four Weddings and a Funeral,” says Porter.

“But let’s be honest, he’s been equally controversial in real life, as on screen.”

Porter says several Liberal Party MP’s are now investigating exactly where Hugh Grant was on the night in question 33 years ago.