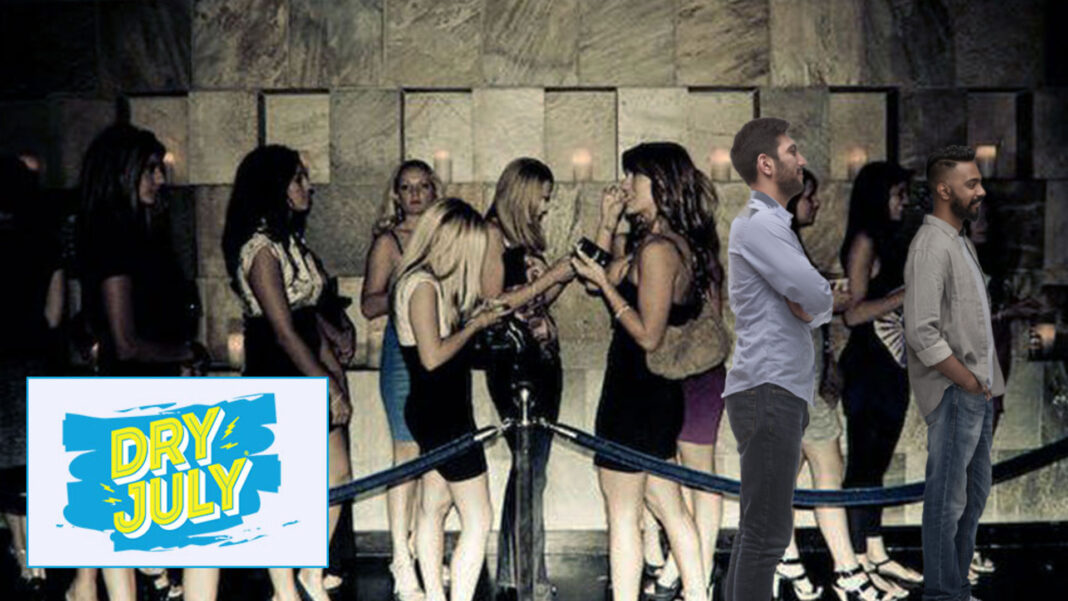 LONG LINES: Restroom queues at Sydney venues were reportedly as long as usual last night, despite it being the first weekend of Dry July.

Pub and club owners say they were anticipating a reduction in toilet queuing, with thousands of Sydney-siders taking part in the alcohol-free fundraiser.

“Drink sales are down, but toilet queues remain long,” says Bungalow 8 club manager Ray Harris. “We’re not 100% sure why.”

He says he noticed a slight drop off in activity at the urinals in the men’s restroom.

“But queues for the cubicles remain. Same goes for the women’s toilets,” says Mr Harris.

“Our drink sales are down too, but our patrons seemed as energetic and enthusiastic as usual last night,” says pub manager James Golding.

“It’ll be interesting to see they back up tonight.”