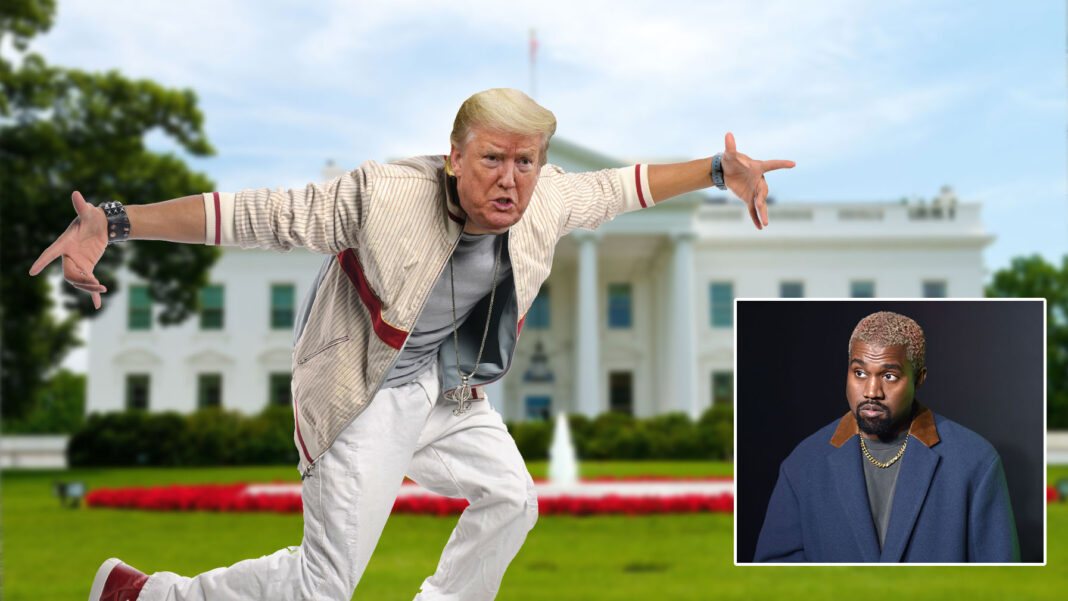 The US President has shocked the world announcing his intention to become a famous rapper.

Political analysts say the President’s declaration is an apparent retaliation to Kanye West’s announcement that he’s running to be the next President of the USA.

“No, not at all,” says Trump. “I just always thought I’d be a good rapper, especially with the fan base that I already have.”

And Mr Trump also says Kanye West has no chance of winning the election in four months time.

“I will easily win the election,” says the President. “But I will also be a world famous rapper. I can’t see any reason why not. It’s going to be huge.”