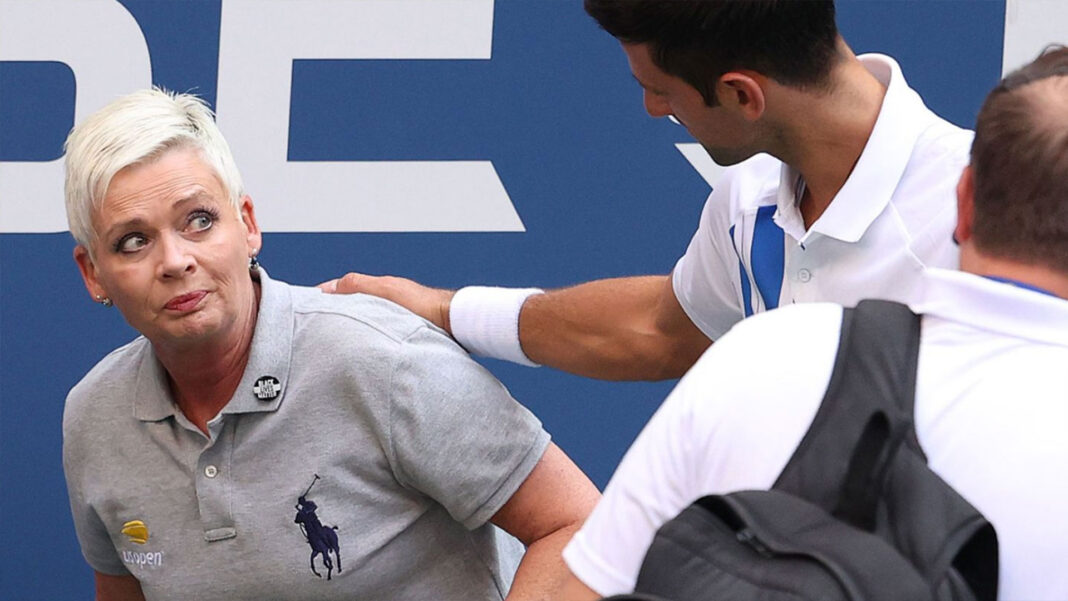 Novak Djokovic’s US Open campaign has come to an abrupt end after being disqualified when one of his balls slapped a match official’s throat.

“It was a complete accident,” said the world number 1. “I should have been more careful. The whole thing has left me feeling sad and empty.”

The 33 year old Serbian had just fallen behind 5-6 in the first set of his fourth round match when the lewd act occurred.

“We need to show players that just because they are among the world’s best, they can not get away with this kind of lewd behaviour,” says ATP tour offical Tom Tate.

“It’s disgusting and degrading, even if it was an accident.”

Djokovic fled the Flushing Meadows stadium immediately after the incident without facing the press, but he issued a statement on social media shortly afterwards.

“I’m very sorry one of my balls slapped the lineswoman, I can imagine how unsettling this would have been for her and I hope she’s ok.”

Djokovic will lose all ranking points earned at the US Open and will be fined over the offending incident.