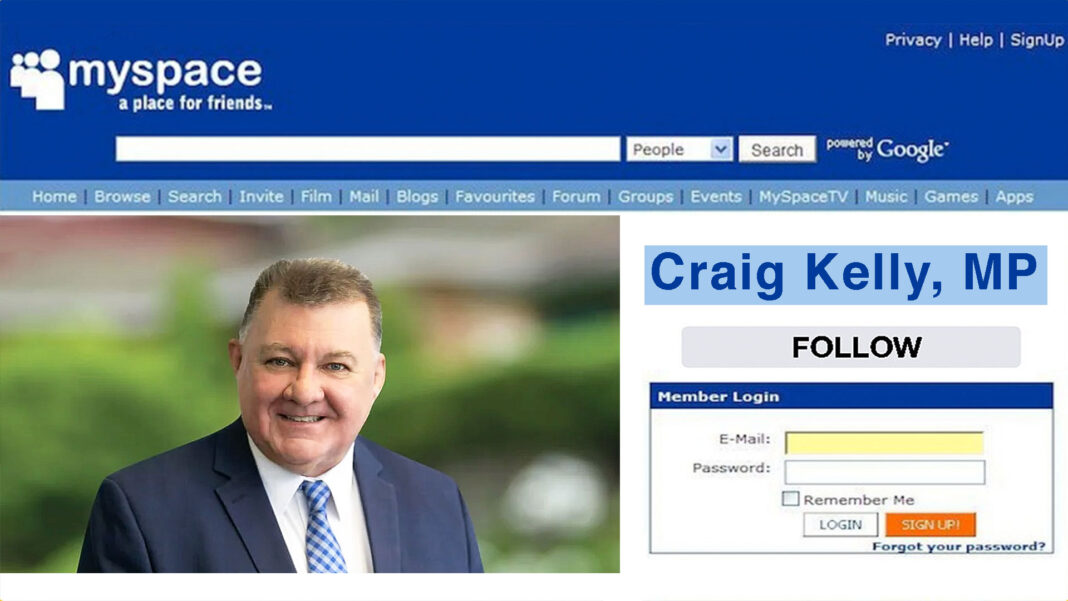 Controversial MP Craig Kelly has released a statement calling on his supporters to follow him on MySpace, only hours after being banned from Facebook.

The outspoken MP has been removed from Facebook for his ‘repeated’ spreading of COVID-19 misinformation.

MySpace was launched in 2003 and to many people’s surprise, it is still active today.

“I actually think MySpace might make a come back,” wrote Craig Kelly in his statement. “So please get on the platform if you aren’t already, and hit me up.”

Mr Kelly quit the Liberal Party to join the crossbench in February, after heavy criticism for his commentary about COVID-19, as well as for his handling of serious allegations made against one of his staffers.