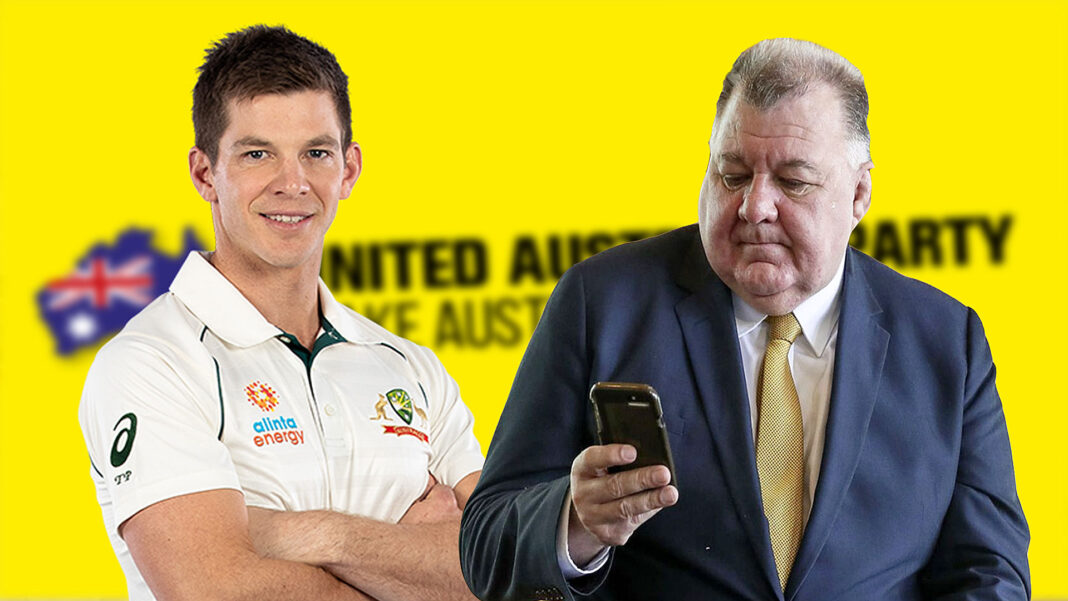 “We think Tim will be a real asset to the UAP in the lead up to next year’s election,” says Craig Kelly.

“He’s got runs on the board when it comes to unsolicited text messages, which are a key part of our political advertising campaign.”

It comes after Tim Paine resigned as captain of the Australian cricket team yesterday after sending a series of sexually charged text messages to a cricket staffer.

“Alongside his cricket duties, Tim will be working with the UAP on a part time basis,” says Mr Kelly. “But we promise there won’t be any dick pics.”

Tim Paine Walks Out Of Ch 7 Interview, As Journo Admits She Didn’t Read The Texts He Sent Her