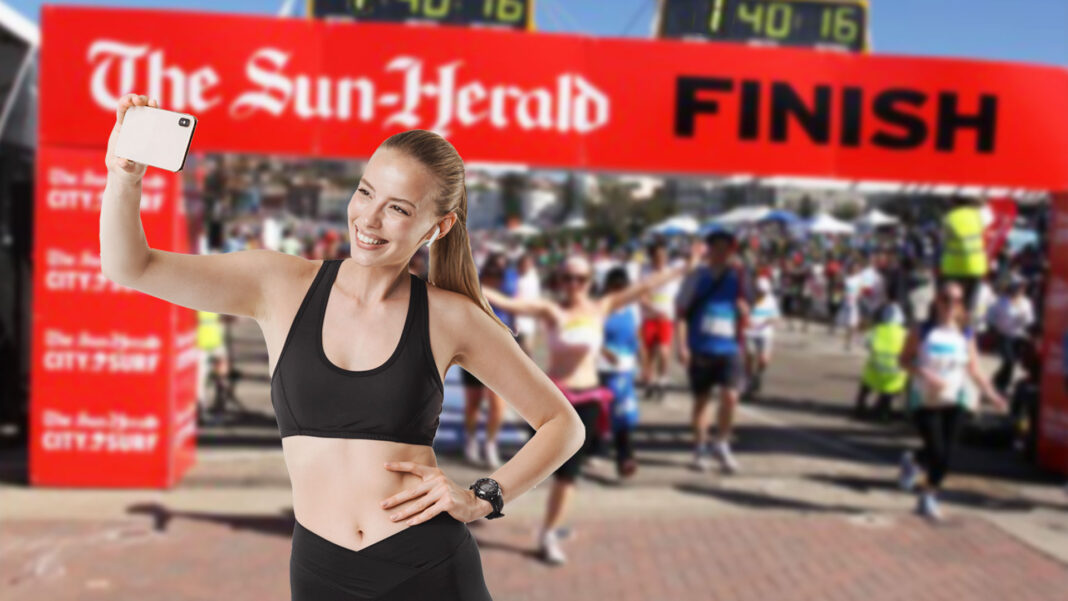 QUICK HANDS: A Millers Point woman has smashed one of the City2Surf’s most coveted records.
After finishing the race in 1 hour and 40 minutes, Sally Pearce took a selfie and posted it to Instagram in a lightning fast time of 4.1 seconds.
“Throughout the entire run, I was really just focusing on what would happen in the moments after crossing the finishing line,” she told DBT.
“With 10 metres of the race still to run, I took my phone out of my activewear pocket. Then as soon as I finished I quickly checked my hair and took the selfie.”
The previous record of 4.7 seconds was held by a Double Bay runner who also attempted the record today, but her phone ran out of battery while taking selfies during the race.
Sally Pearce says she’s feeling ‘overwhelmed’ with her record breaking selfie, but ‘slightly disappointed’ it only has 11 likes after 24 minutes.