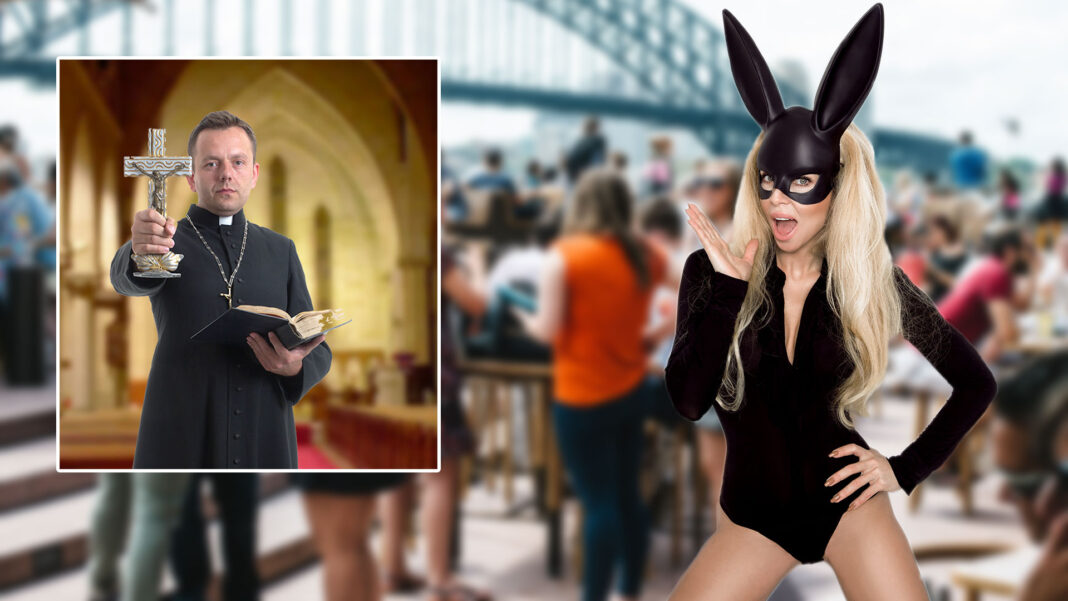 GOOD FRIYAY: Church groups are today urging people to avoid the urge to dress up like Playboy bunnies while celebrating easter.

“Playboy bunnies had absolutely nothing to do with it.”

Church groups say they have no problem with the Easter Bunny, but say the Playboy Bunny is a “massive stretch.”

However free speech advocates argue people should be able to dress however they want, and that the Playboy Bunny is just a ‘playful extension’ of the Easter Bunny.

At least one woman who spoke to DBT says she’ll be ignoring the church’s calls.

“I also used Halloween last year as an excuse to dress up as a ‘zombie lingerie model.’ Religious festivals mean different things to different people.”