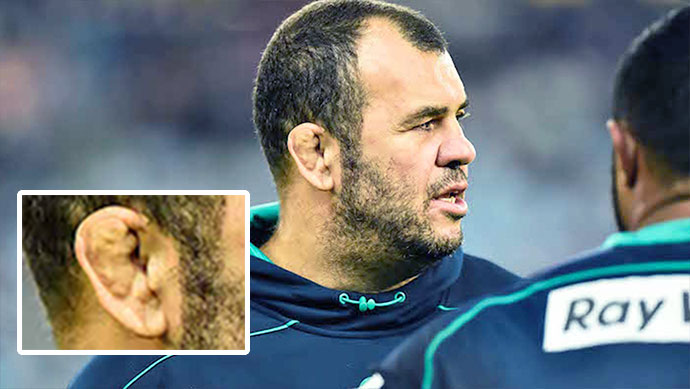 Doctors say Michael Cheika’s cauliflower ears are preventing him from hearing the growing calls for him to step down as Wallabies Coach.

The former lock developed a severe case of cauliflower ears during the 90’s while playing for Randwick and NSW.

“We’ve tried telling Michael about the resignation calls several times. We’ve even tried shouting it,” says team doctor Ken Bracey. “But his ears are so swollen & deformed that it’s just not getting through.”

Australia’s 40-16 quarter-final loss to England last night has again increased the calls for Cheika to step down.

“Australian rugby fans, officials and former players are all asking him to resign, but he just doesn’t seem to be able to hear them,” says Rugby Australia CEO Raelene Castle.

It’s understood Rugby Australia is now considering writing it down on a piece of paper for him to read.

“This maybe our next step,” says Raelene Castle. “We know he can read very well, as he’s a former businessman.”

Cheika’s coaching success rate sits at 48.3 per cent, the equal-worst rate of any Australian coach in the professional era.