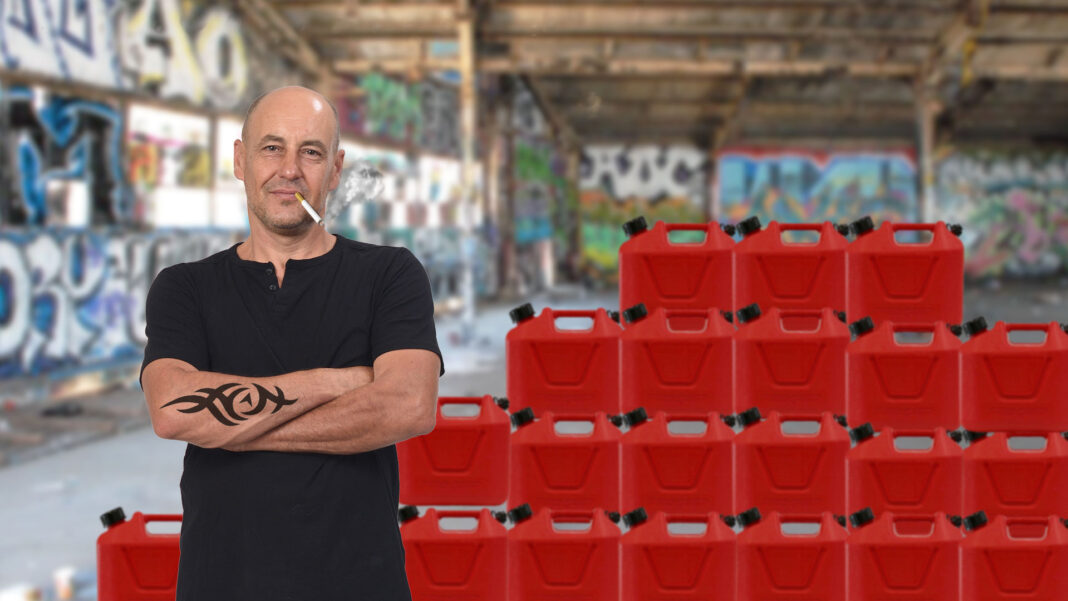 “I’ve got the good shit too, the premium unleaded,” he says.

DRUG FUELLED: A Sydney heroin dealer is moving into the lucrative new black market for petrol, as the war in Europe continues to send prices higher.

In an inner city warehouse, Peter Haynes says he currently has more than 5,000 4.7 litre bottles for sale, with an estimated street value of more than $50,000.

“But I’m undercutting the market, by selling each 4.7 litre bottle for only $9.50,” he says. “It’s the good shit too, the premium unleaded.”

The 54 year old says there’s been a long queue of buyers outside his Marrickville warehouse for most of the day.