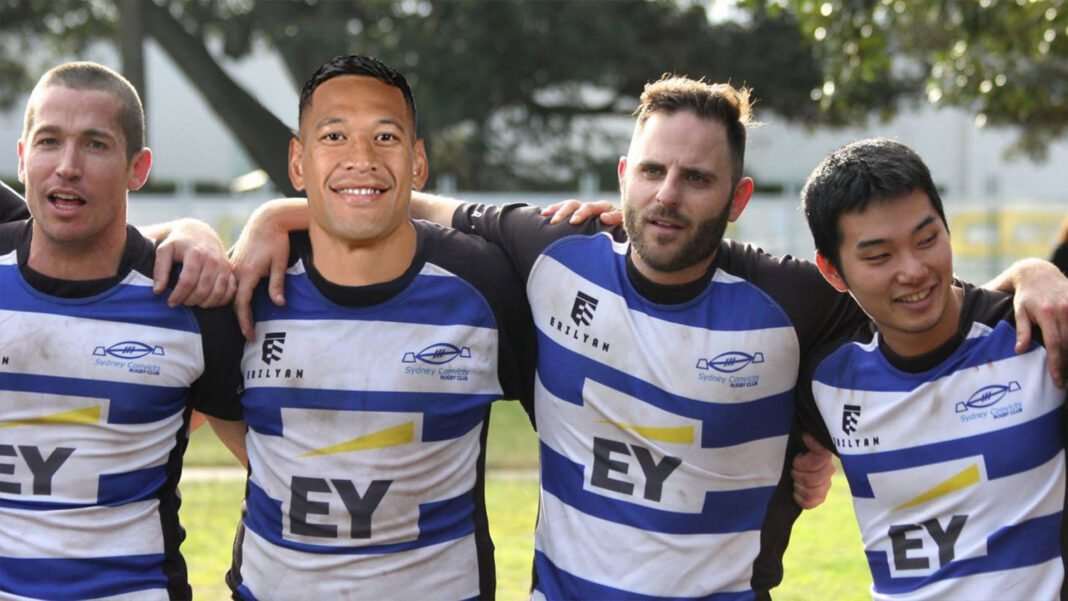 The 32 year old has accepted an offer to play with the gay and inclusive Rugby Union team the Sydney Convicts.

“It’s not quite like playing for the Wallabies, but the playing standard is much higher than I expected,” says Folau. “And all the Convicts players are really good blokes.”

“I thought they’d all hate me, but they’re actually all really nice and tolerant.”

The signing comes two years after Folau’s playing contract with the Wallabies was torn up in response to his homophobic Instagram post.

The Queensland Rugby League has also blocked his bid to play until his contract with a French club is properly terminated.

“I’m just super relieved there’s a club out there still keen to give me a contract,” says Folau. “I’ve been to a few Convicts training sessions and I’ve got my first game on Saturday.”

The devoutly Christian player is remaining tight-lipped about the deal, but it’s understood he’ll maintain his normal position playing full back for the Convicts.

“I’m sure he’ll enjoy playing with and against gay footballers,” says the Convicts captain Sam Grimshaw. “He’ll be pleasantly surprised how hard we tackle.”