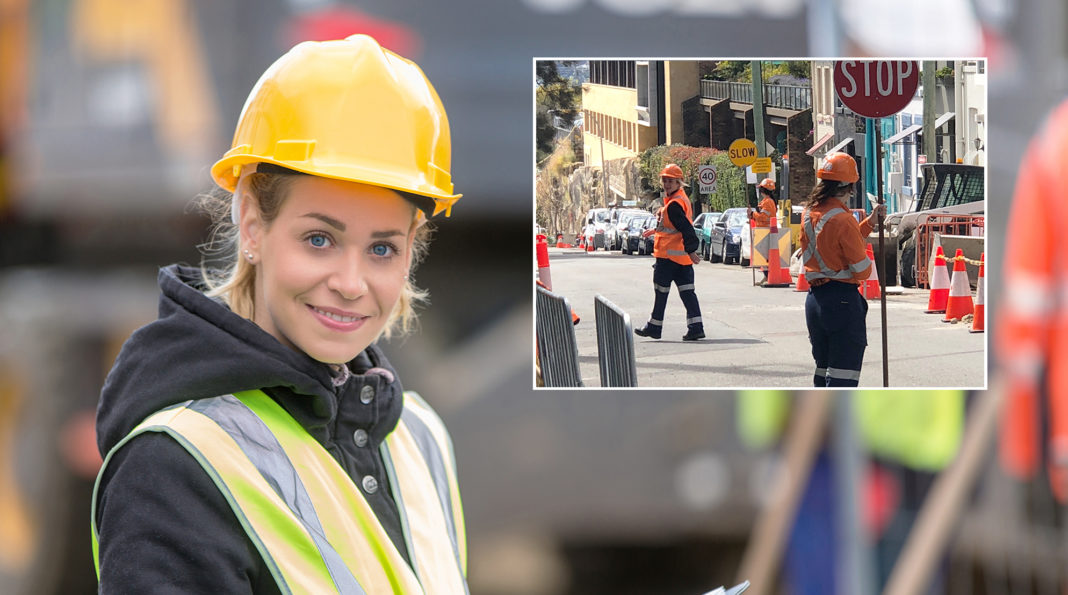 “The average NSW traffic controller is at least a 7.5/10,” says the shadow transport minister.

TRAFFIC STOPPERS: The state opposition is calling for an inquiry into why NSW traffic controllers are often good looking females.

“By my calculations, the average traffic controller in this state is at least a 7.5/10. We think most of them are Irish women on working visas.”

Mr Fray says he suspects some kind of foul play.

“We’re not exactly sure what’s going on,” he says. “That’s why we’re are calling for an inquiry.”

“If the inquiry doesn’t give answers, we’ll be calling for a Royal Commission into the matter.”

As well as appearance based discrimination, the state opposition says driver safety is also a concern.

“Driving through road works these days is like being in the studio audience for Australia’s Next Top Model,” says Duncan Fray. “It can be very distracting for drivers.”

The NSW Transport Minister Andrew Watson is playing down the concerns.

“If you look closely they’re not that hot,” he says. “But please don’t look closely, keep your eyes on the road.”