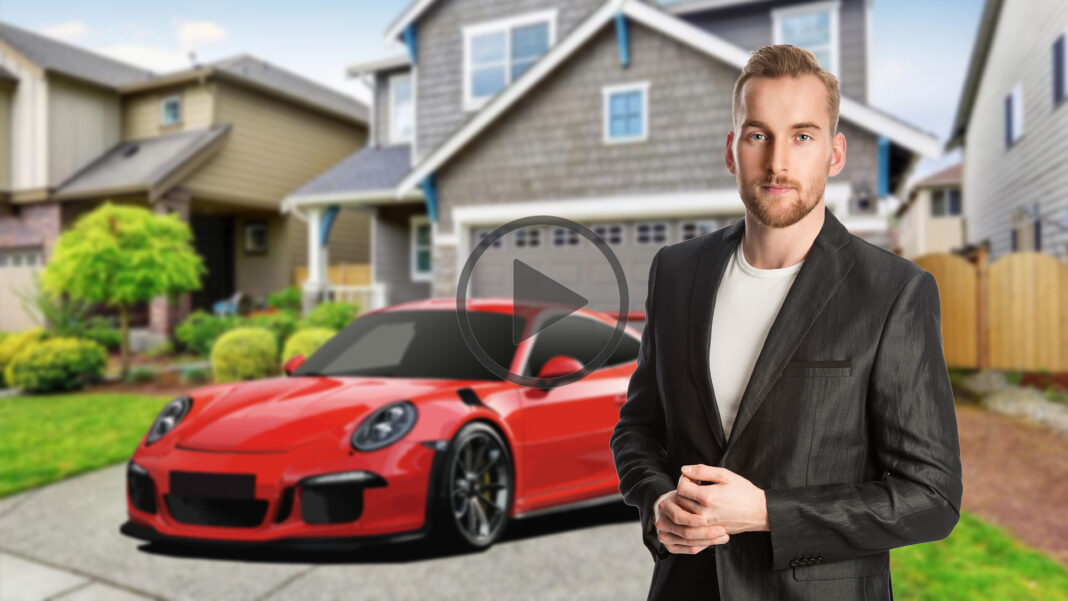 PORSCHE POSER: A Sydney business coach has ‘test driven’ a Porsche from his local car dealership for the sole purpose of using it as a prop in a motivational video he posted to LinkedIn.

“Success means different things to different people. For me, it means owning a red Porsche,” Peter Pirello says in the video, while motioning toward the car in the background.

One of Pirello’s LinkedIn connections alerted DBT to the misleading and deceptive video, however Pirello claims he’s done nothing wrong.

“I never said I own the Porsche, I just said it’s a measure of my success,” the 29 year old told DBT.

“Plus, there are no rules about taking a car for a test drive and using it in a video.”

But questions also remain about the luxury home featured in the background of the video, given that Pirello still lives with his mother in a 2 bedroom unit in Hurstville.

“We shot the video outside that nice house mainly because it was close to the car dealership,” he says. “I never said I owned that house.”

The 28 year old started working as an independent ‘business coach’ 4 months ago, after losing his job as a real estate agent.