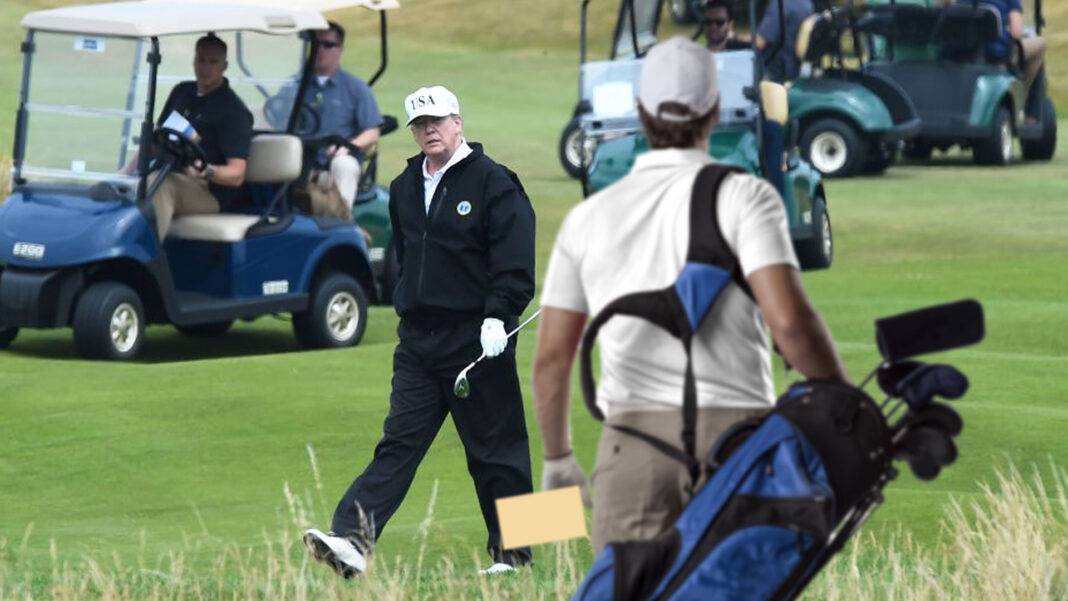 Donald Trump was causing drama on the golf course today, accusing one of his playing partners of cheating.

“You’re writing down my numbers wrong on purpose,” Trump was heard saying. “Can we at least find someone who can keep my score properly?”

The altercation took place between the defeated yet still sitting president, and a Republican official on a golf course in Virginia today.

“I got a five on the last, not a six,” Trump said. “Look at the scorecard? This game is rigged!”

But witnesses say Trump’s own shot count didn’t include his air swing in the bunker.

It remains unclear exactly what Trump’s final score was, but its understood he had a blow out.