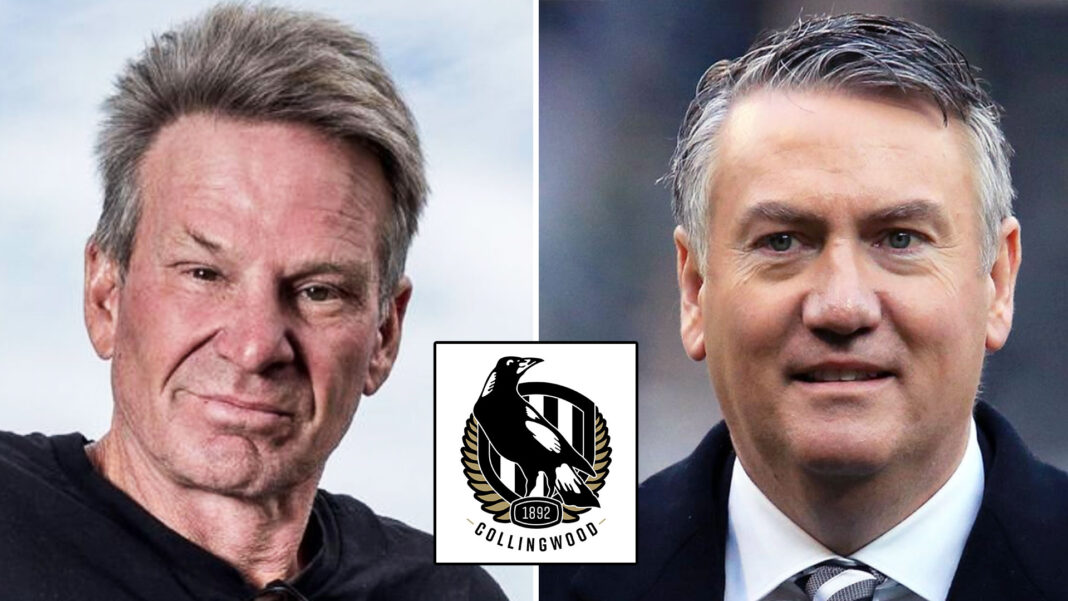 “Sam is a well respected member of the AFL community,” says a Collingwood press release release issued a short time ago. “We’re confident he will be a real asset to the club.”

After 22 years as Collingwood President, Eddie McGuire yesterday stepped down from the role after a damning report accused the club of fostering “systemic racism.”

The club’s new President Sam Newman has also been widely accused of racism.

He resigned from his hosting roles at Channel 9 after saying that George Floyd – who died when a police officer kneeled on his neck for nearly nine minutes – was “a piece of shit”.

“Management are confident Sam Newman will fit perfectly into our club culture,” says the press release. “

Sam Newman is expected to face the media shortly.