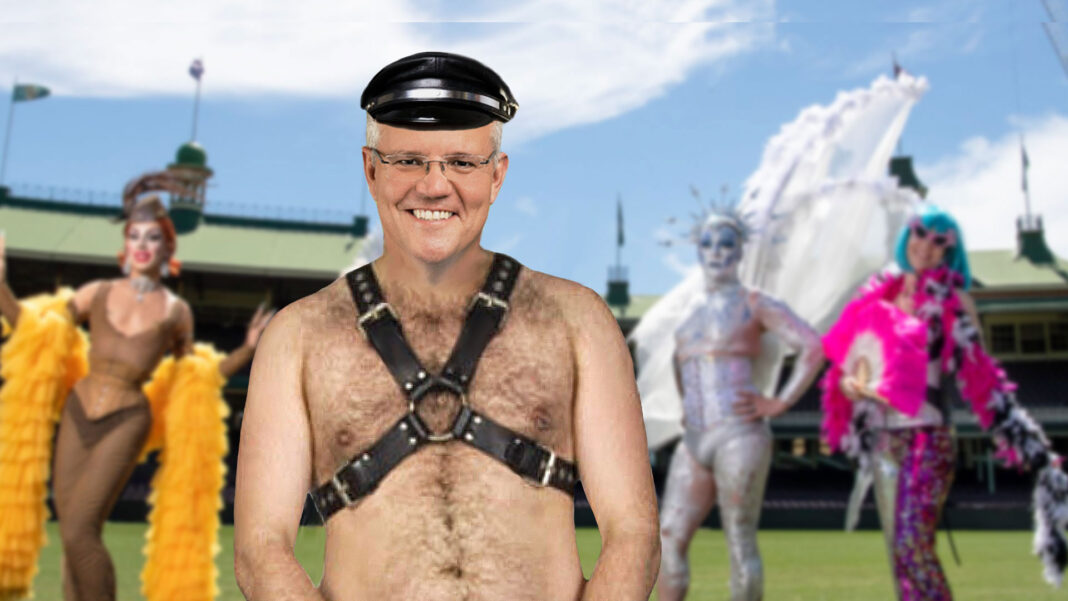 The Prime Minister has tonight surprised Australia’s queer community with a PR stunt, even while he’s supposed to be at home in isolation.

He’s rocked up to the SCG for the Mardi Gras parade, kitted out in leather straps and little else.

“I was actually one of the first people here,” Scott Morrison told DBT. “To be honest I’m actually having a really great time.”

The PM has previously voted against same sex marriage, but with poor recent polling results, he’s pulling out all stops to attract voter support.

“A few weeks ago I washed a random woman’s hair to appeal to female voters, so I’m just doing the rounds,” he says.

“I’m not sure where the Mardi Gras after parties are at, but I’m just going to see where the night takes me.”