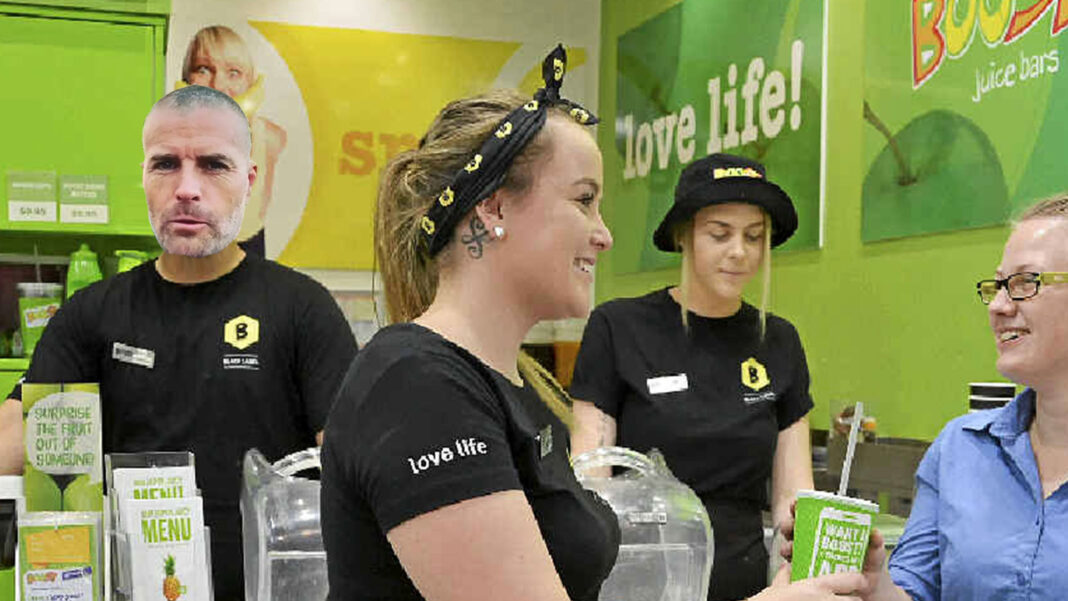 It’s a fall from grace like no other. Pete Evans was a celebrity chef and diet advocate inspiring millions of people around the world.

Now he’s been photographed putting in a shift at Boost Juice in Byron Bay.

The chef turned conspiracy theorist’s empire has crumbled after a string of controversial social media posts.

“At least I’m still working in the health space,” says Evans. “Boost Juice actually does some pretty cool stuff, as long as you avoid the smoothies with any dairy in them!”

Evans says he’s grateful Boost Juice has given him a chance to prove himself making smoothies.

“But ultimately I want to get back into the celebrity chef space if I can,” he says. “I’m also selling Herbalife stuff to friends so we’ll see how that goes.”