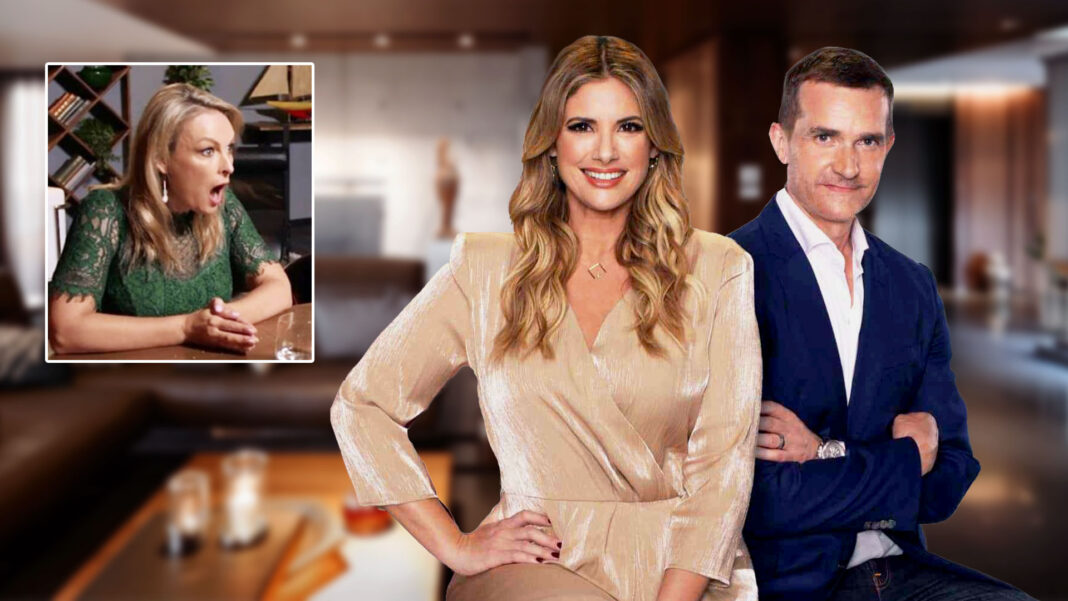 In a final MAFS bombshell, two of the show’s ‘experts’ have admitted to having a secret romance.

John Aiken and co-expert Alessandra Rampolla have revealed they shared “a few kisses,” while filming the latest season of MAFS.

“It was nothing more than that,” says Ms Rampolla in a press statement released by Channel 9 today. “John and I remain good friends.”

The shock revelations, which have blindsided the entire cast and crew, will be aired this week in a new ‘MAFS Special Finale.’

“Alessandra and I hooked up briefly just after the first commitment ceremony,” says John Aiken. “I guess you could say we got caught up in the moment being on TV together.”

The other MAFS expert Mel Schilling says she noticed chemistry between the pair, but didn’t alert it to producers.

“I’m not overly surprised they’ve hooked up to be honest,” she says. “There’s a lot of pressure analysing other people’s relationships all the time.”

DBT understands the MAFS Special Finale includes new behind the scenes footage of Aiken and Rampolla.

It goes to air on Channel Nine this Sunday at 7.30pm.