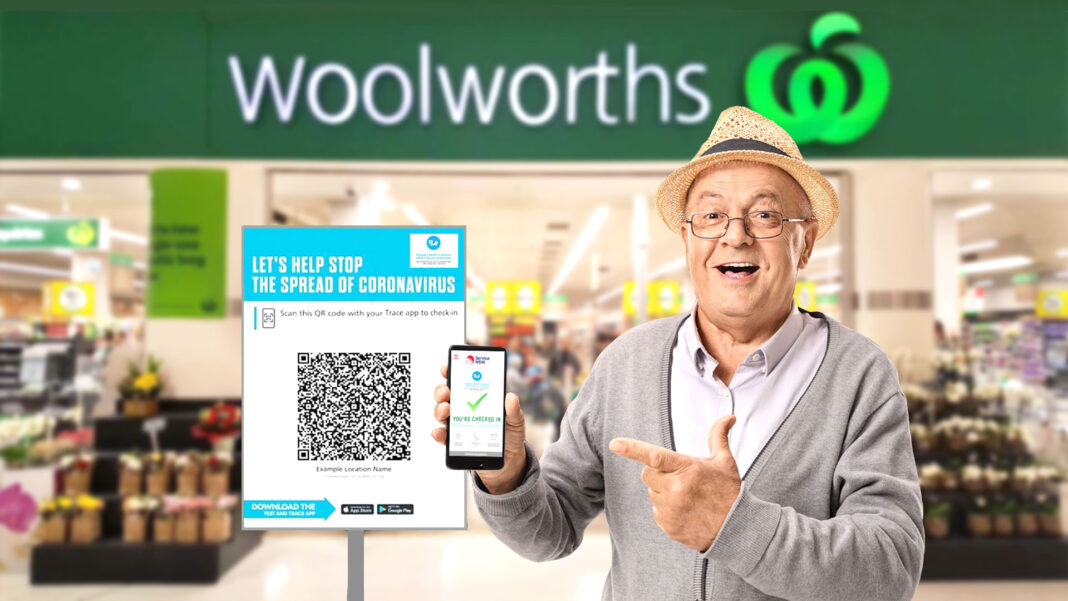 A local baby boomer says he has a “new lease on life” after successfully checking in to his local supermarket.

“I only just upgraded my old Nokia 3310 to a smartphone,” he says. “I don’t even know how to download an app let alone check-in to a venue.”

But all that has now changed after a staff member at Woolworths took the time to walk him through the check-in process today.

“How good!,” he says. “Once you realise you need to open the camera on your phone and then do the scan, it’s actually pretty simple.”

Trevor Henley has been relying on his daughter to buy his groceries ever since the supermarkets re-introduced mandatory check-ins during the current lockdown.

“It’s great to have my independence back!” he says.