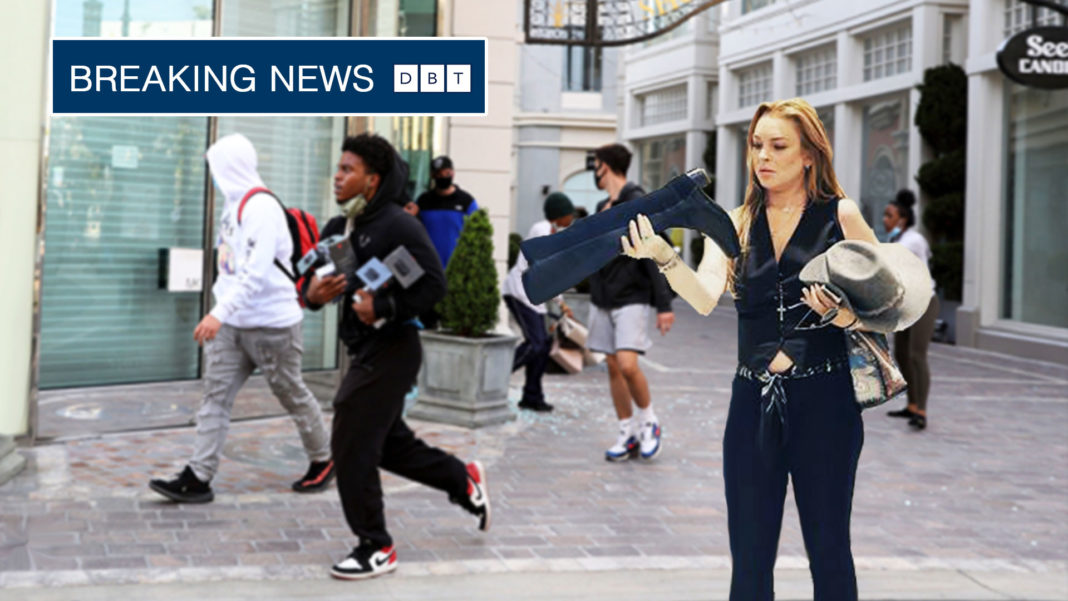 A DBT photographer has captured the 33 year old looting in a West Hollywood shopping mall.

“She was there looting among hundreds of others,” says photographer Phil Henson. “But unlike the others, she seemed quite picky in what she was running away with.”

The photo shows Lohan holding sunglasses, an Akubra hat and a designer pair of cowboy boots, worth a combined estimated total of $3500.

“I saw her running out of a Nine West store,” says Henson. “But she seemed more worried about looking at her stolen goods than looking out for police.”

The looting comes amid a wave of protest across America, calling for justice in the death of George Floyd.

Lindsay Lohan has had numerous legal troubles in the last 15 years, including arrests for drunken driving, reckless driving and shoplifting.

LA Police told DBT there’s not much they can do at this point.

“It’s not the first time she’s been seen shoplifting,” says one officer. “But we’re more focused on arresting protestors and looters who are black.”

(DBT is a satire news publication)