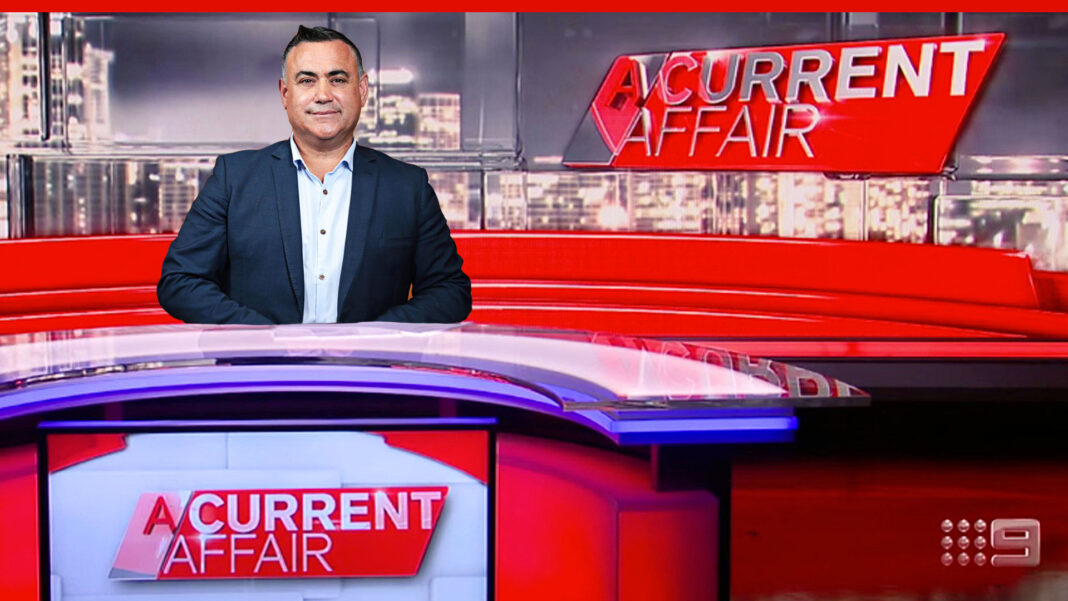 PLUM JOB: Dodgy builders and noisy neighbours have a new reason to be concerned.

The Nine Network has announced the former NSW deputy premier John Barilaro as the new host of its flagship daily current affairs program A Current Affair.

“John is very comfortable on camera and he’s been on the receiving end of a few tough interviews, so he’ll have no problems conducting them,” says Nine’s head of programming Darren Rick.

It follows the announcement last night by long time host Tracey Grimshaw that she will be departing the role after 17 years.

But some industry insiders are questioning how Mr Barilaro got the plum job, given he has no journalism experience.

“In the TV industry, it’s not what you know, it’s who you know,” says media analyst Simon Barker.

“I got this job on merit, and merit alone,” Barilaro told DBT.

His first show as host will air in November.