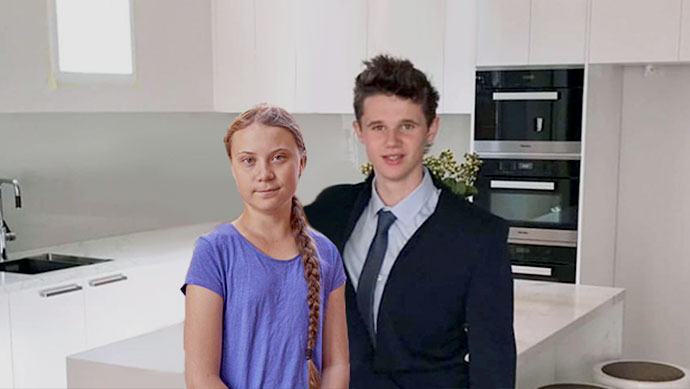 The high profile activists say they’ve been an exclusive couple for the last three months, but only went public with the relationship in this week’s New Idea magazine.

“I started following him on Instagram immediately after he egged Fraser Anning,” says Thunberg. “I was very impressed with his bravery and we’ve been in touch ever since.”

It’s understood Egg Boy was in New York last year with Thunberg when she gave her rousing speech at the UN Climate Action Summit.

“We stayed together in an Airbnb near the UN Headquarters,” says Egg Boy. “I’m really proud of everything she achieved there. She’s a great woman.”

Thunberg, 16, and Egg Boy, 17, say they’re not concerned about living on the other side of the world from each other.

“Distance is not a problem for us,” says Thunberg. “We’re staying in close contact via Face Time and WhatsApp. And I may visit Australia soon.”