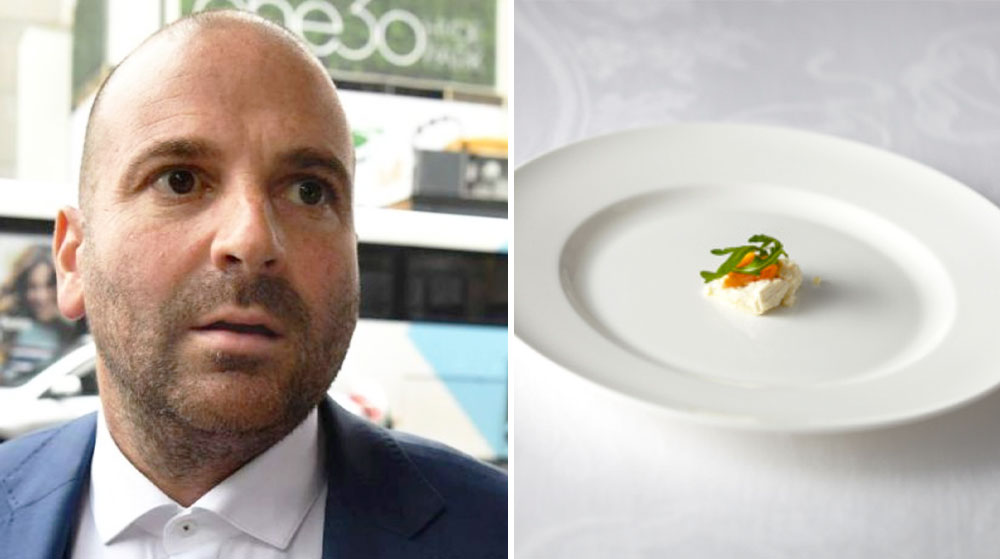 Celebrity Chef George Calombaris is facing new accusations of “skimping on ingredients” and “serving undersized portions” at three of his Melbourne restaurants.

“Waiters told us the meals were ‘standard size’ for a fancy restaurant, but we knew they were too small,” says Hans Rechter who is leading a class action of 34 Melbourne diners.

Mr Rechter says he dined at Calombaris restaurants on three occasions and claims to have photographic evidence of ‘drastically’ undersized meals.

“I’ll be tendering the photos as evidence in the case,” says Rechter. “On one occasion the meal was so small I went to 7/11 to buy a packet of Kettle Chips immediately after dinner.”

It comes less than a week after Calombaris admitted to underpaying his restaurant workers more than $7.8 million.

A spokesperson for Network TEN says it’s standing by its star who is a judge on its hit cooking show MasterChef.

The class action is scheduled to commence in the Country Court of Victoria next week.

PM Announces Ban On All Travel From The Maldives, To Prevent Slater Coming Home