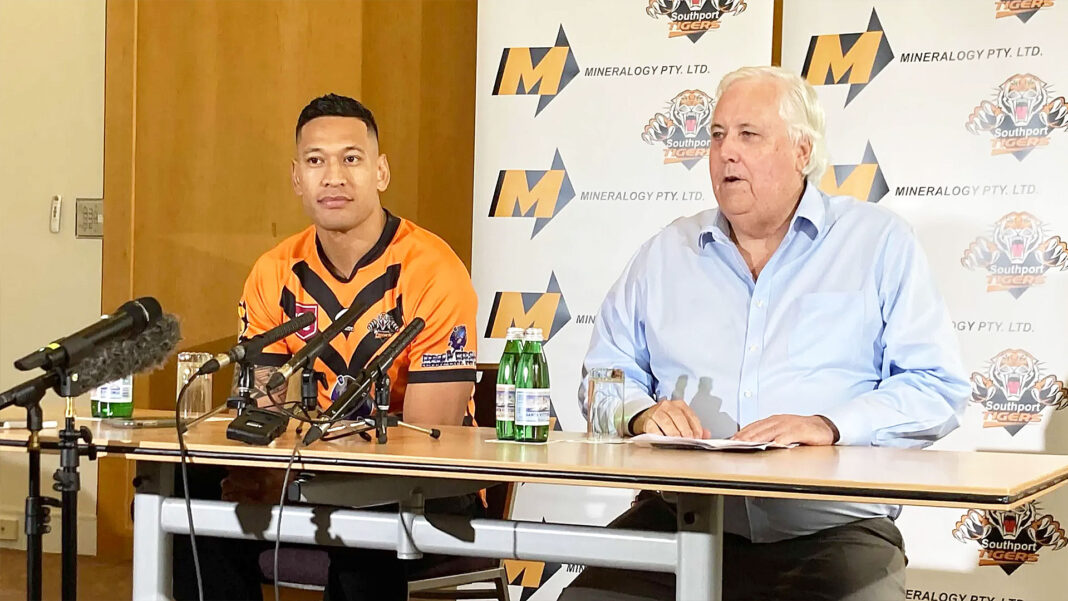 Clive Palmer has announced his mining company Mineralogy will sponsor Folau’s return to rugby league with a team nobody has ever heard of: the Southport Tigers.

“He may be among the most hated people in Australia, but at least this means I can get back on television,” says Palmer.

The former federal MP fronted a press conference today sitting alongside Folau, as both men competed for air time.

“I’ll answer that one for you Israel,” interjected Palmer, when a reporter asked Folau if he regrets his 2019 homophobic social media post.

“Although I’ll admit, it’s a bit easier for me, I can just spend millions on footballers and political advertising to try get my messages across.”

“Unfortunately for Israel, he has to suck up to me so he can play footy again hahaha.”